The housing market in the Greater Toronto Area showed lower sales and listing activity in February 2014. These are the same trends we've been observing over the last couple of months. A lack of inventory for detached houses, semi-detached properties, and townhouses often forces buyers into bidding wars, which result in higher average prices for the whole area. Almost 44 per cent of surveyed people declared that they would bid in order to buy the house they want. We can expect that the upcoming spring will put even more pressure on the market, which could result in a further listings decrease. 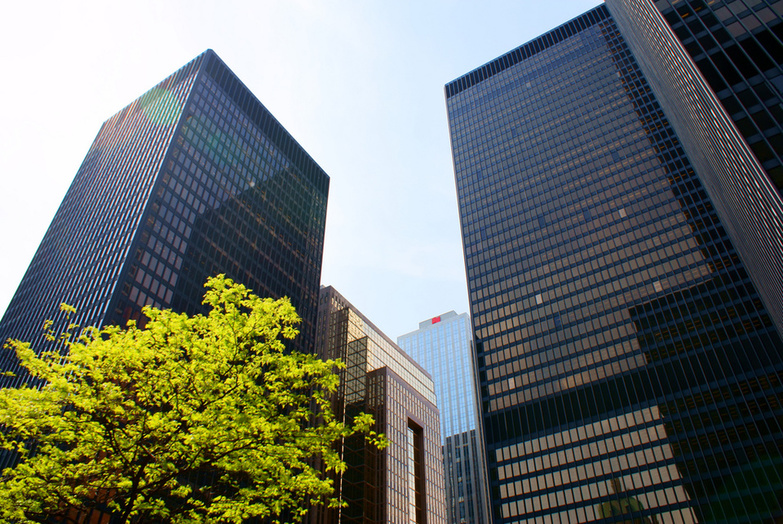 Adding my own realtor's opinion, I can see that properties are selling faster and there are more clients who visit them. There's a sharp difference between last year's predictions and the current market situation. This proves that if anything, the housing market is highly unpredictable, with constant price fluctuations. 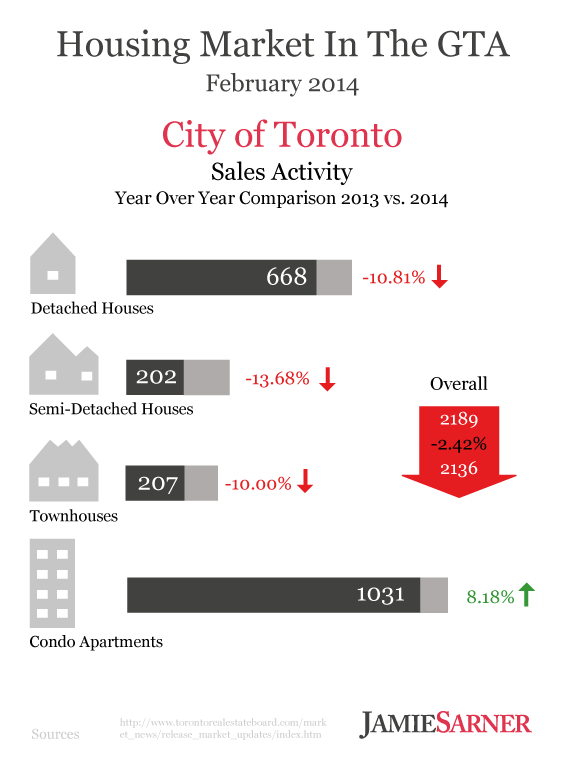 "Home prices, on average, will trend upwards at a pace well above the rate of inflation. The impact of strong price growth on affordability will be mitigated by low borrowing costs"

February 2014 finished with 5,731 recorded sales. This figure was 2.1 per cent higher than the 5,613 sales in February 2013. Despite increased year-over-year activity, the number of new listings decreased 1 per cent, from 11,005 in February 2013 to 10,897 in February 2014. The overall number of active listings in the Greater Toronto Area in February 2014 was 14,019, which was 12.2 per cent fewer than February last year. As we've pointed out in previous reports, this trend puts considerable pressure on buyers and makes bidding wars more likely. As a result, the average price for February 2014 stayed reached $553,193 — an increase of 8.6 per cent from February 2013. 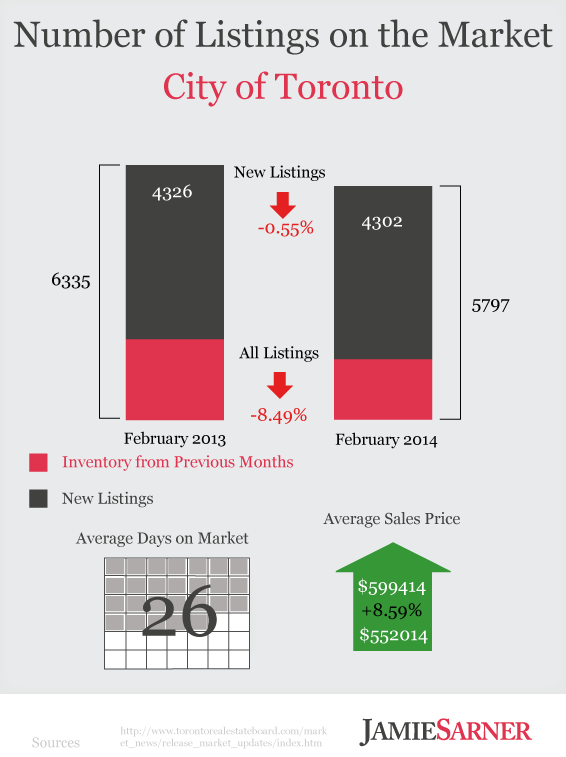 "If we see renewed growth in listings for low-rise home types, the pace of sales growth will accelerate as we move through the year."

Average housing prices in Toronto for all four types of properties increased substantially year-over-year. The average price of detached houses amounted to $955,314, which was 15.7 per cent more than in February 2013. Semi-detached properties increased 8 per cent from the same month last year, reaching $668,298. Townhouses experienced the highest year-to-year increase of 20.7 per cent, climbing to $545,043. Condo apartments were worth $372,628 on average — which represents an increase of 6 per cent. 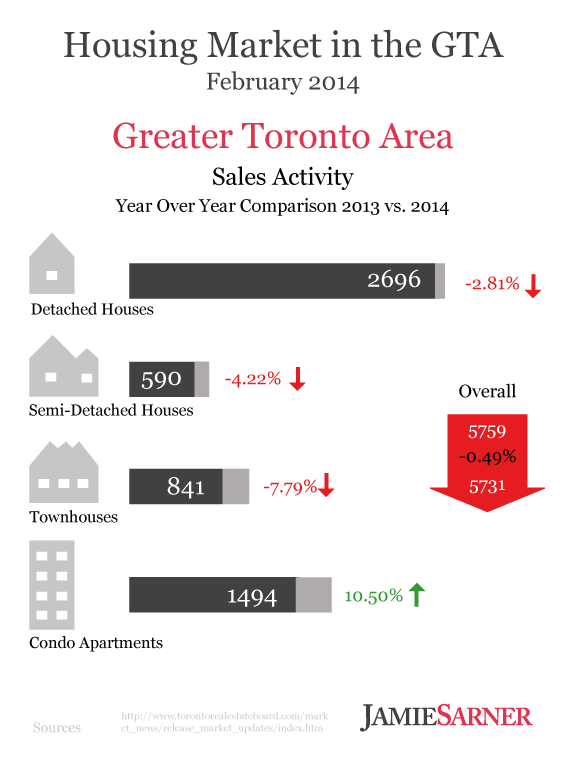 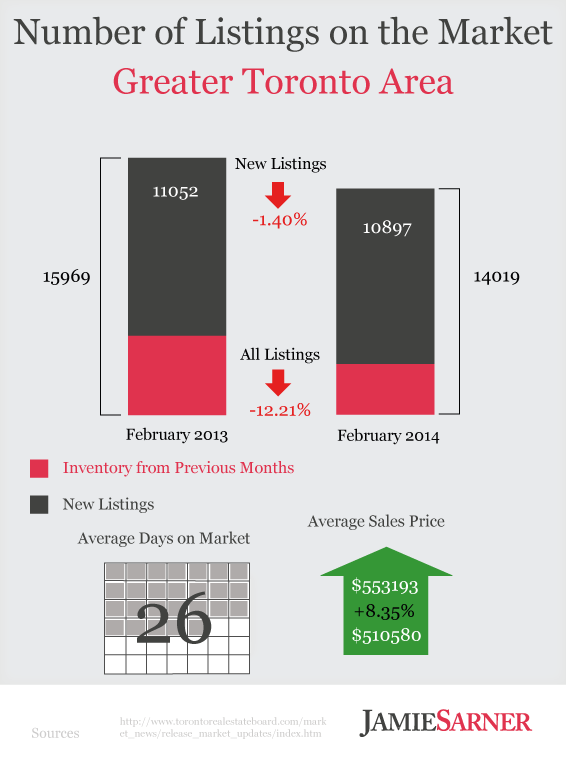