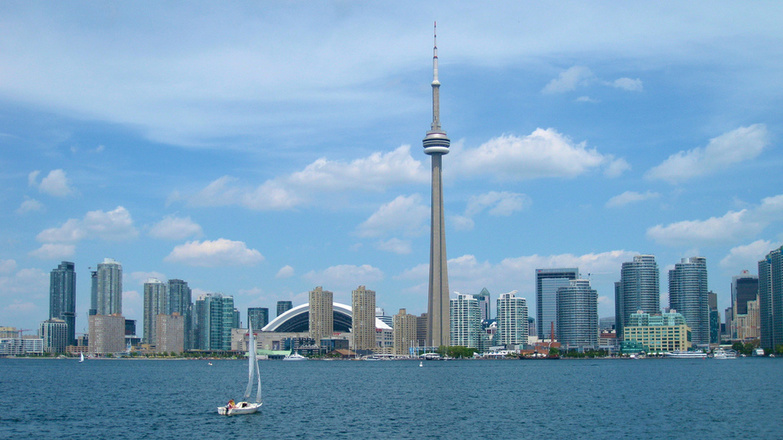 Compared to last year, a greater number of buyers found affordable home ownership options, as evidenced by sales growth for all major home types. Against this backdrop, however, overall inventory at the end of March remained lower than last year. This means competition between buyers increased, which is why the average selling price continued to climb,

The City of Toronto's Sales 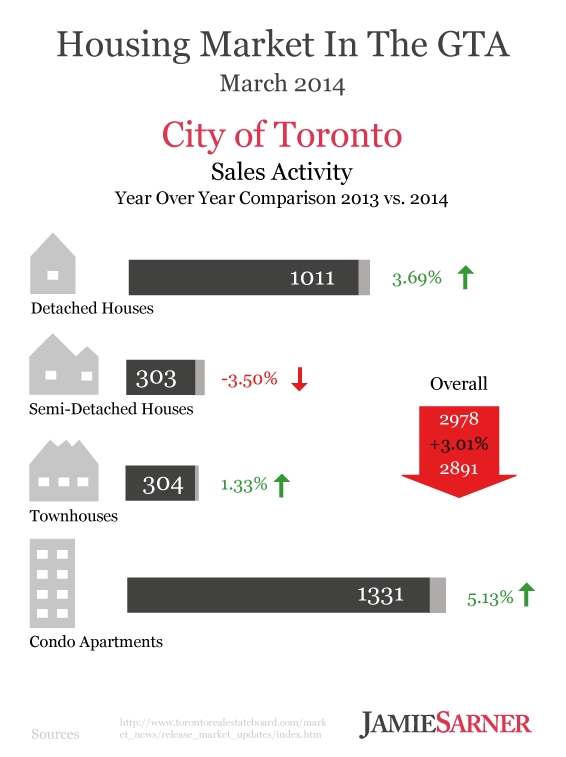 With borrowing costs remaining low and in fact declining, strong home ownership demand will continue to butt up against a constrained supply of listings. Strong price growth will be the result for the remainder of 2014.

The MLS® HPI Composite Benchmark Price was $497,600, representing an increase of 7.37 per cent year-over-year. 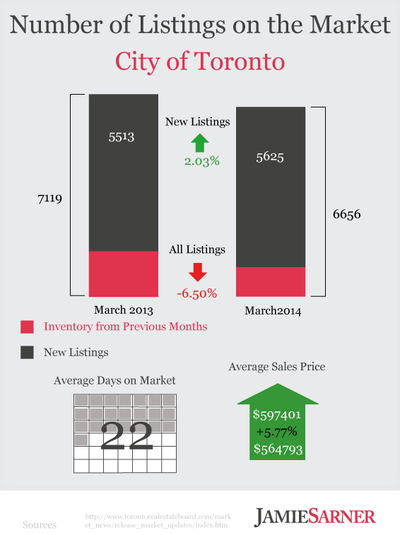 Number of Listings on the Market in Toronto

The City of Toronto's Prices 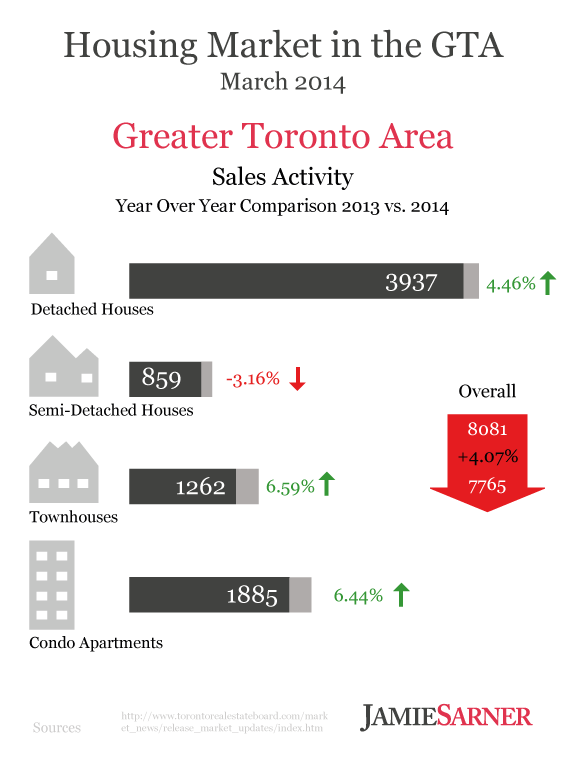 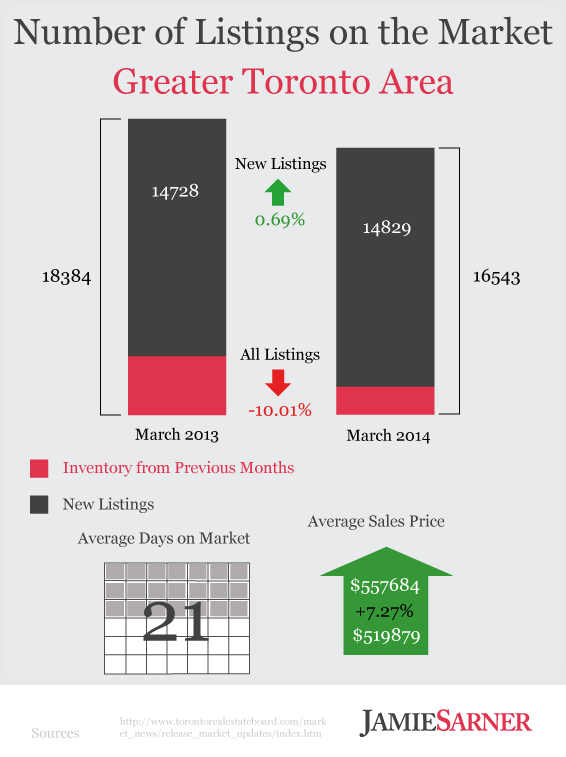 Number of Listings on the Market in GTA