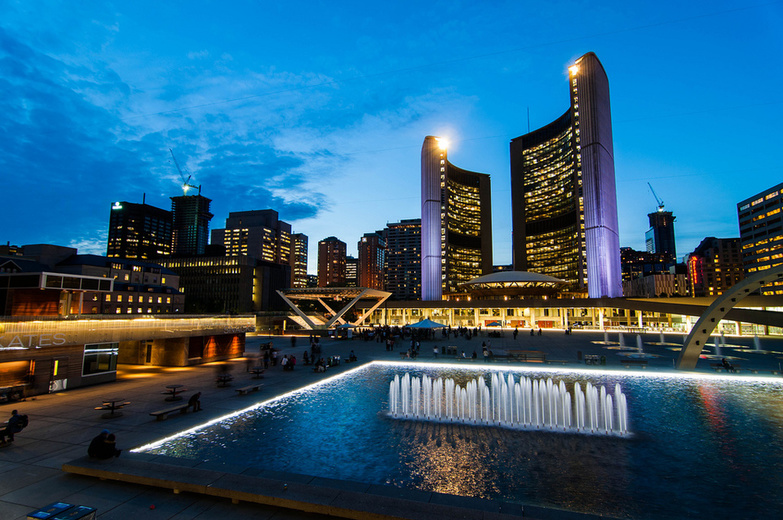 The first of the full spring months have kept up the tradition of strong after-winter prices and sales growth on the real estate markets. Despite fewer listings, a significant number of Torontonians found the homes of their dreams on April's market.

The market for April 2014 is pretty much on par with April 2013 — except that while the 2013 season had a late start, 2014 has never recovered from the fall selling season. Growth for 2014 has been hampered by a lack of inventory in detached and semi-detached homes especially. This has led to many multiple-offer situations, as we can see in the significant rise in average prices. Condo sales have a good inventory level and are seeing steady but less significant rises. 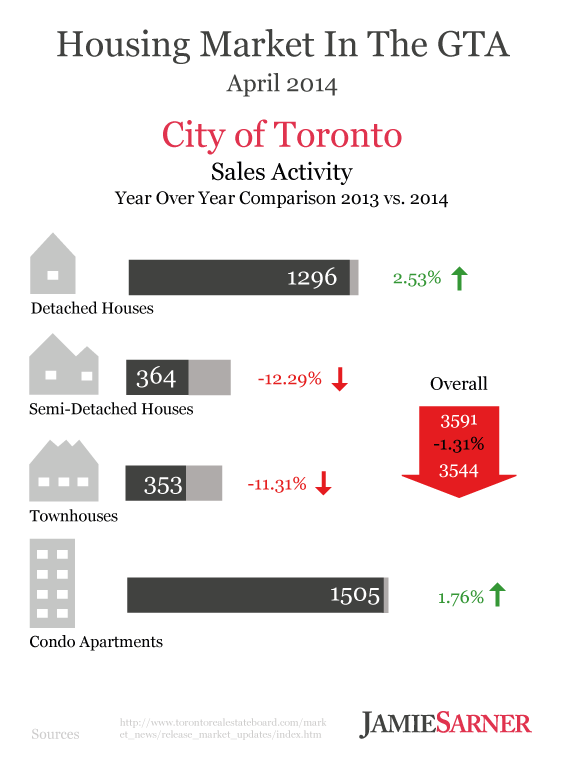 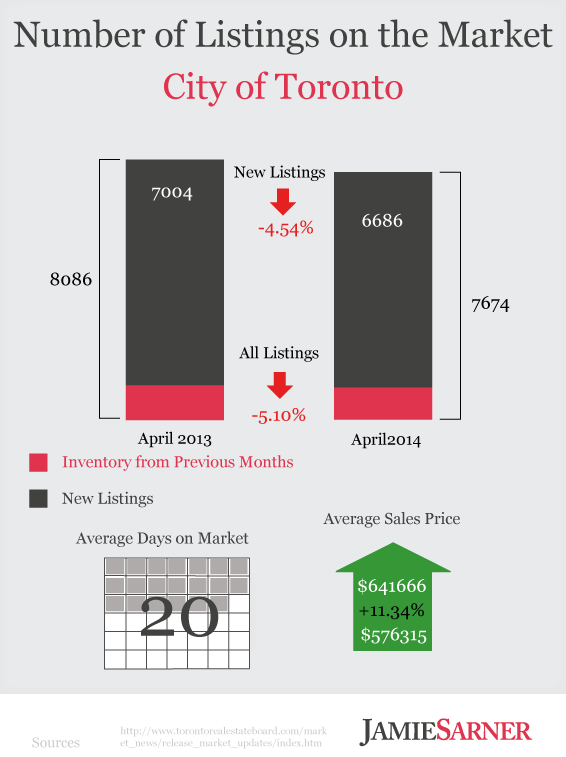 Toronto Real Estate Board president Dianne Usher confirmed that despite the shortage of listings last we saw last month, sales remained very high, as they usually do during spring. She also added:

A number of factors underlie the constrained supply of listings. Studies and polling suggest that the additional upfront land transfer tax in the City of Toronto has prompted some households to stay put and renovate rather than list their home and move. In the broader GTA context, above-trend home sales in the years leading up to the recession have meant that many households who purchased during this period simply aren't ready to move again. 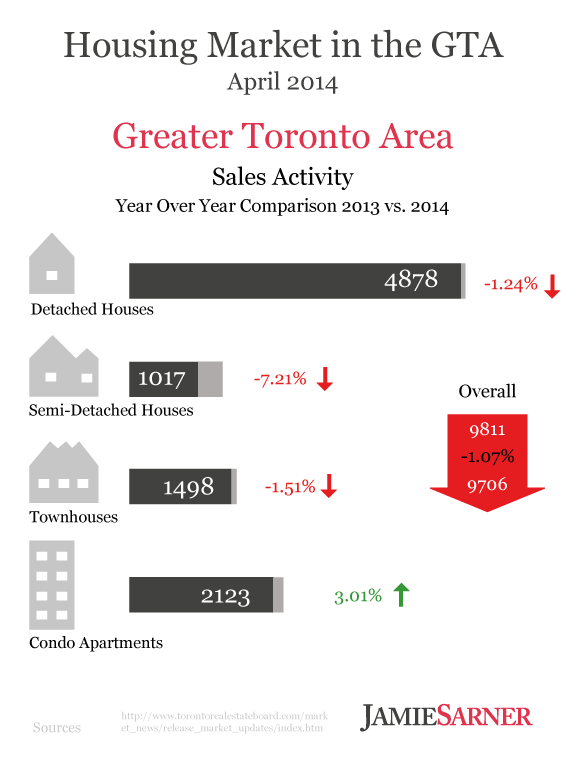 The City of Toronto

Last month's average selling price in the City of Toronto reached $641,666, representing a significant increase compared to the $573,875 we saw in April last year.

Jason Mercer, TREB's senior manager of market analysis, explained that the GTA was driven by the single-detached, semi-detached, and townhouse market segments in the City of Toronto itself. He added:

So far this year, there has been no relief on the listings front for these home types in many neighbourhoods in Toronto and surrounding regions. Until we see a marked and sustained increase in listings, we should expect to see the annual rate of price growth above the long-term norm. 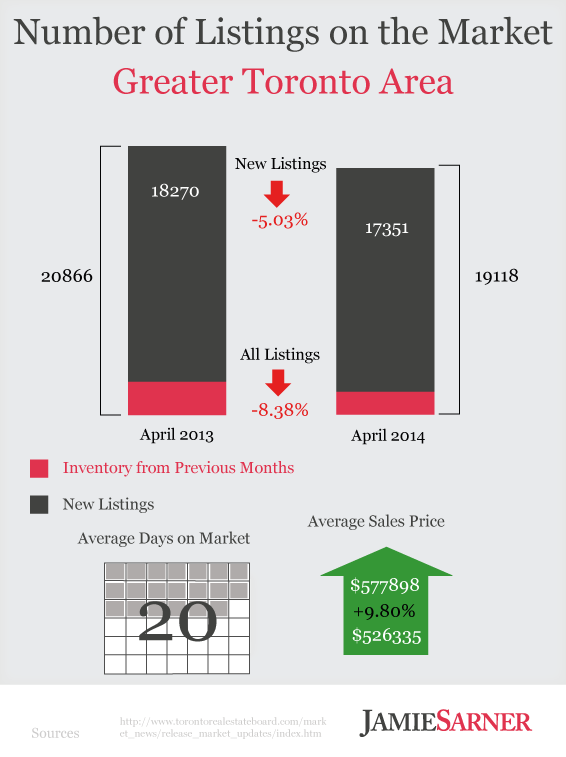 2 thoughts on “Spring Sales Are High Despite a Listings Shortage”

It’s interesting that 2014 has never recovered from the fall selling season and at the same time the sales are high.