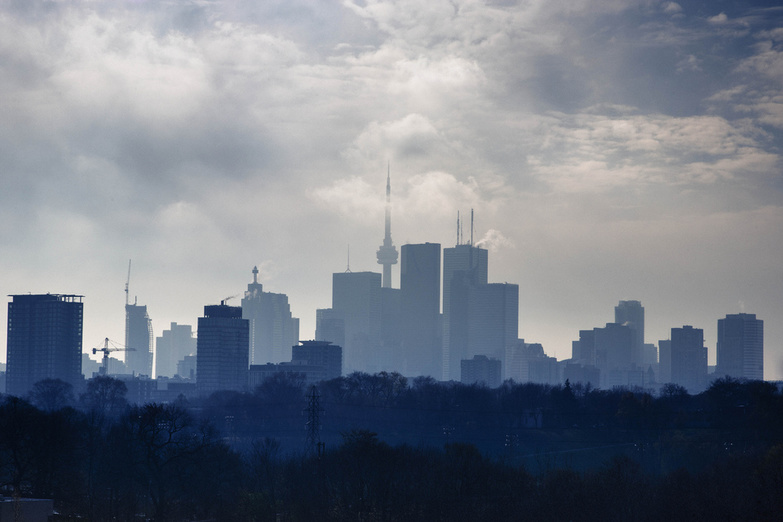 The real estate market continued its trend from earlier this year and is on a clear upward trajectory since the beginning of 2013. The sellers' market has been getting stronger last month, with the number of listings declining as the avid buyers increasingly put pressure on the market and sucked up a lot of inventory in August 2014. 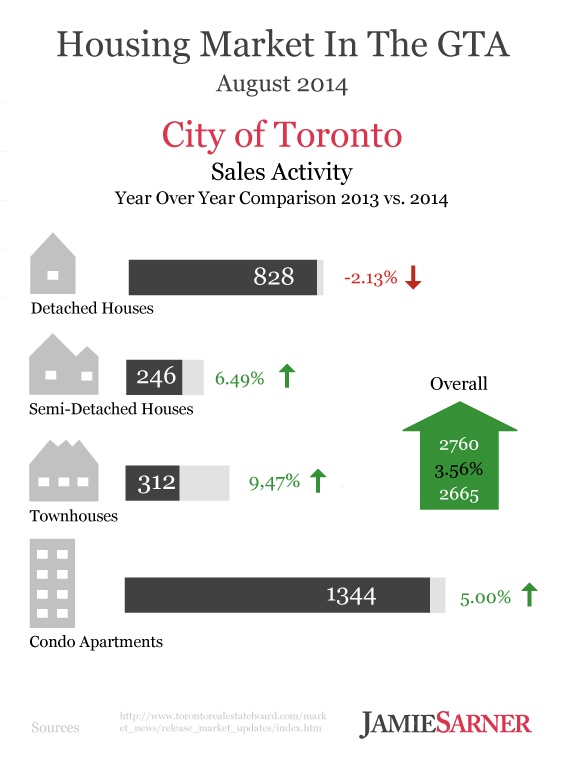 Naturally, this resulted in price growth. The average price of a detached property in Toronto went up by 14.7 per cent year-over-year to $902,428. The pressure will likely continue throughout the fall, when we predict a rise in new listings and strong sales, given the still favourable mortgage rates.

All in all, we are now in a healthy market fuelled by the limited inventory in townhouses, semi-detached and fully detached homes. Sellers of these properties are set to benefit.

Unlike any other large city in North America we enjoy a relatively high percentage of the population owning their homes. With the current mortgage rates, ownership housing is still affordable to most. 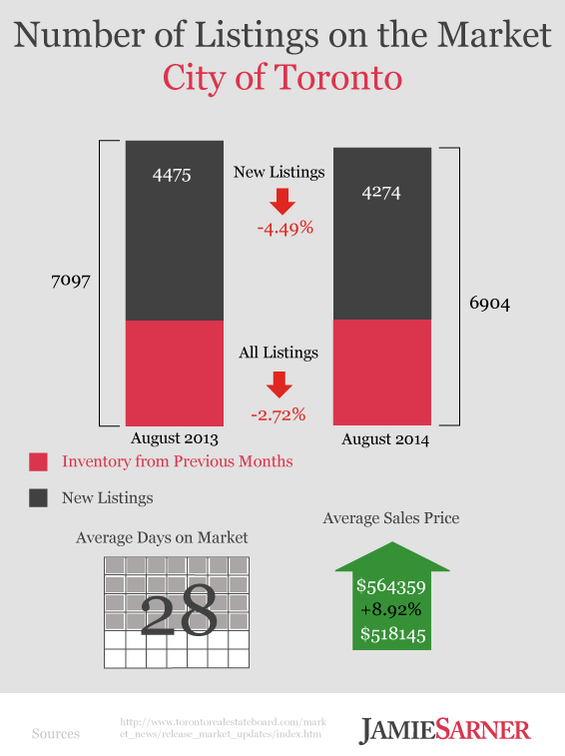