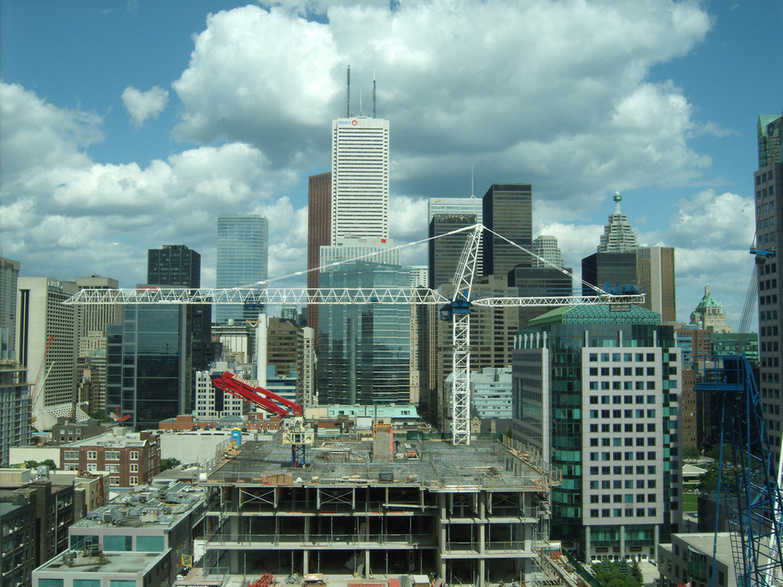 Down by Jeff Samsonov

If the real estate market in Toronto continues in the year-to-date trend, 2014 will become a record year in terms of property sales. Reportedly, there were 8,051 properties sold in the Greater Toronto Area in September 2014, which is a 10.9 per cent increase compared to the same period a year ago. The average price climbed by 7.7 per cent year-over-year, to $573,676. 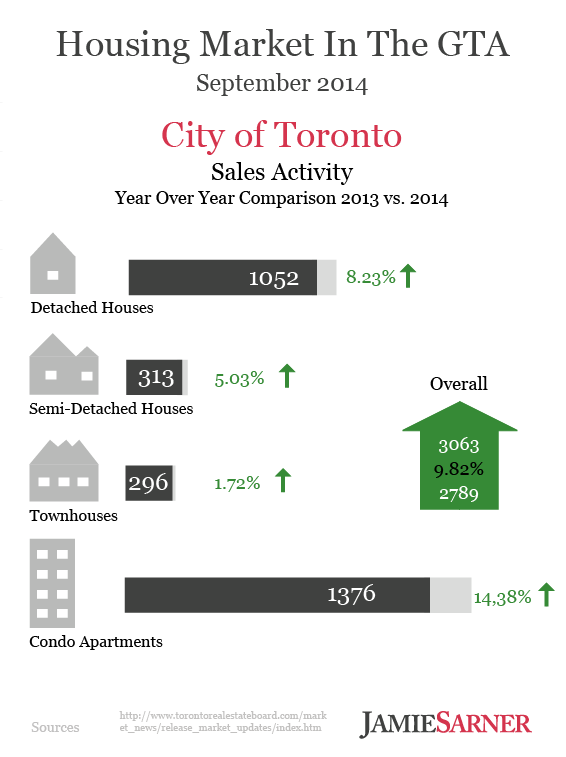 There is still lack of inventory in the detached and semidetached products in the real estate market in Toronto and the Greater Toronto Area, which is basically doing two things to the market:

2. People are becoming more amenable to condo purchases as a means of getting into the housing market in the first place. Housing prices in the outlying suburbs are rising sharply. Comparing the average price of a suburban home to the average price of a Toronto condo, the suburban home is far outstripping condos in price growth making it less affordable for people who are entering or reentering the market. The outlying suburban areas are no longer the deal that they formerly were; and condos are now the means of owning sooner than later. People are beginning to redefine in their hearts what the definition of a single family dwelling is, i.e. it is now including condo living with all of its amenities and conveniences in contrast with the pain and upkeep of a freehold home. 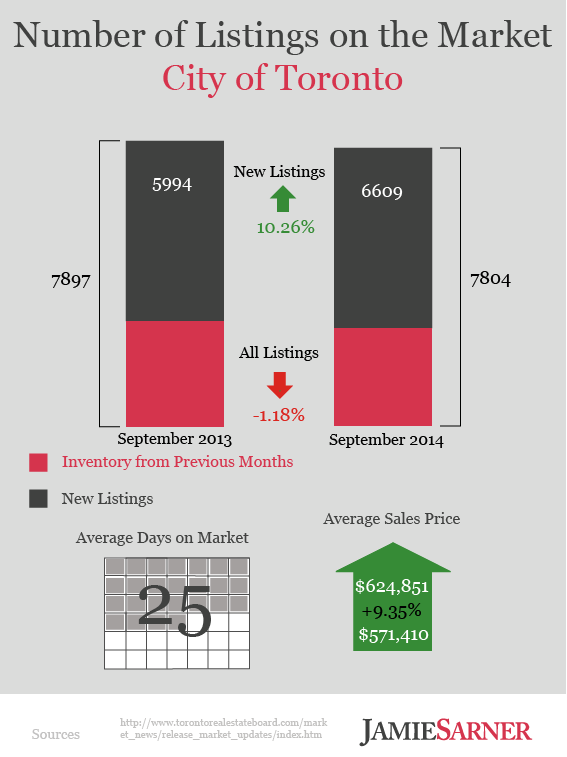 Toronto is unusual in that 55 per cent of the population currently own homes. This number will decrease over time as the cost of a home will become beyond the reach of the average person looking to enter the market. People who are considering entering the market should therefore do it sooner than later.