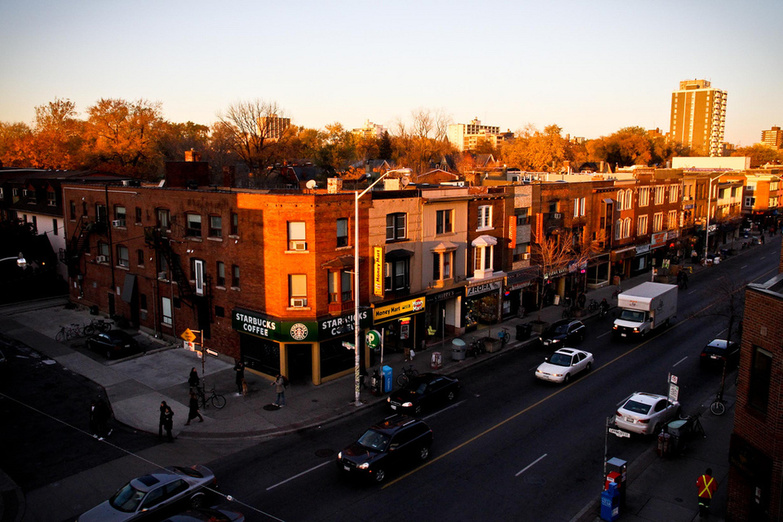 The Annex shrouded in orange by Angie Torres

Greater Toronto Area REALTORS® published their monthly real estate report and data recorded through TREB's MLS® System in June 2015. According to the report, the sales reached record numbers this month again despite of low inventory and the ever-growing prices. Toronto Real Estate Board President for 2015-2016 Mark McLean pointed out that the Toronto region continues to grow in response to diverse cultural and economic basis:

"The GTA consistently receives international accolades as one of the best places in the world to live and do business. As the number of households grow, many of them will take advantage of the diversity of affordable home ownership opportunities that exist in Toronto and the surrounding areas."

Selling prices were up significantly for all major home types, especially at downtown Toronto areas. Overall the prices for Greater Toronto Area went up by 12.34 per cent to $639,184, but the prices in the C02 area climbed to $1,435,517 representing an astonishing 33.11 per cent growth. The MLS® Home Price Index (HPI) Composite Benchmark was up on a year-over-year basis by 8.9 per cent. The reason why the prices have increased at a higher rate than MLS® HPI Composite Benchmark is that more high-end homes were included in transactions this year.

Number of sales reached a new record, suggesting 2015 will be another banner year. 11,992 sales at GTA were reported through TREB's MLS® System last month, representing a new record for the month of June and an 18.36 per cent growth on a year-over-year basis. The number of sold properties went up more moderately in the C02 area: by 10.99 per cent to 101 sold listings.

High demand reflecting in strong sales growth combined with the lack of inventory means the competition between buyers is getting more and more intense. As long as this situation persists, we can expect home prices will continue to grow. Jason Mercer, TREB's Director of Market Analysis commented:

"It is encouraging to see that new listings have edged upward so far this year, as homeowners have reacted to strong home price growth and have looked to take advantage of increased equity in their homes. However, the annual rate of sales growth continues to far outstrip listings growth, which means that there remains a lot of willing buyers in the marketplace who haven't found a home that meets their needs."