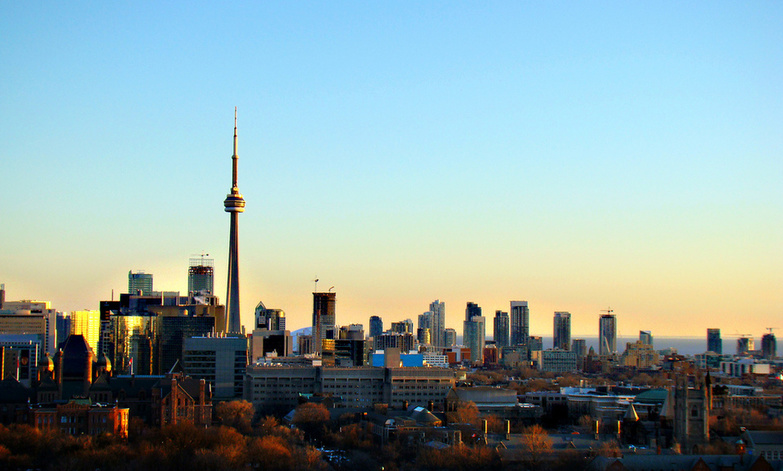 Every month since April 2015 the Toronto Real Estate Board has reported record home sales, and July is no exception. Greater Toronto Area REALTORS® reported 9,880 sales recorded through TREB'S MLS® system. For the GTA this growth represents an eight per cent increase in a year-over-year comparison. In the C02 area the sales growth was even more noticeable – the number of sold homes increased by 16.36 per cent. These numbers were up for all major home types, with a double digit year-over-year increase in condominium sales. TREB's President Mark McLean commented on the recent development:

"As we move towards a new record for home sales this year, it is important to point out that home ownership demand has been driven not only by low borrowing costs, but also by the fact that the GTA economy has been performing quite well, with the unemployment rate lower compared to last year. Home buyers remain confident in the long-term benefits of owning a home." 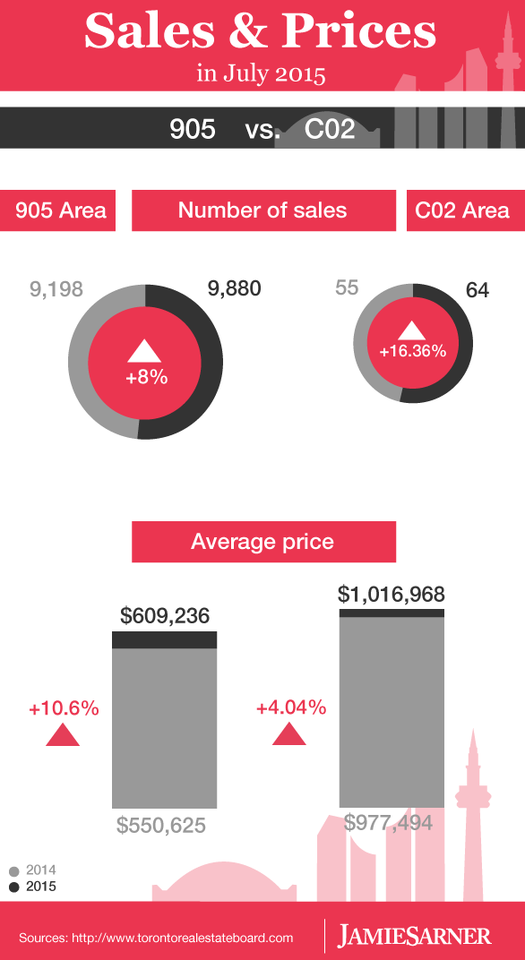 Homes in the GTA became more expensive once again. Average prices went up by 10.64 per cent in the GTA, reaching $609,236. Prices in the C02 area haven’t increased as much compared to last year – only 4.04 per cent growth was recorded for this area. However, these prices are still well above the GTA average, reaching $1,016,968. With the low inventory we're experiencing we can expect price growth to continue.

"With the level of inventory in the GTA trending below two months, many listings continued to generate a lot of interest from buyers. Not surprisingly, this supported further price increases well above the rate of inflation. Assuming similar interest rate and economic environments over the next five months, strong price growth will remain the norm for the rest of 2015,"