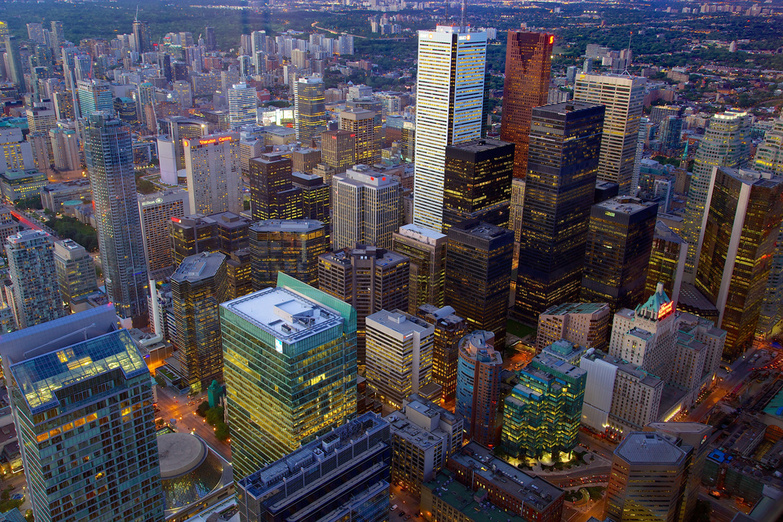 Toronto's Financial District from the CN Tower by Jiuguang Wang

Greater Toronto Area REALTORS® reported the best result on record for the month of October: 8,804 home sales were recorded through TREB’s MLS® System last month. Toronto Real Estate Board President Mark McLean noted that owning a home represents a high quality, long-term investment, and we can expect a big, new record for home sales this year.

"Despite the record October result, I must point out that the Government of Ontario could hamper home sales in the near future. The Wynne government is seriously considering allowing municipalities throughout Ontario to institute a second land transfer tax on top of the existing provincial tax. Recent polling has shown that the great majority of Ontarians oppose this tax and would consider delaying a move if they were forced to bear the additional upfront cost," 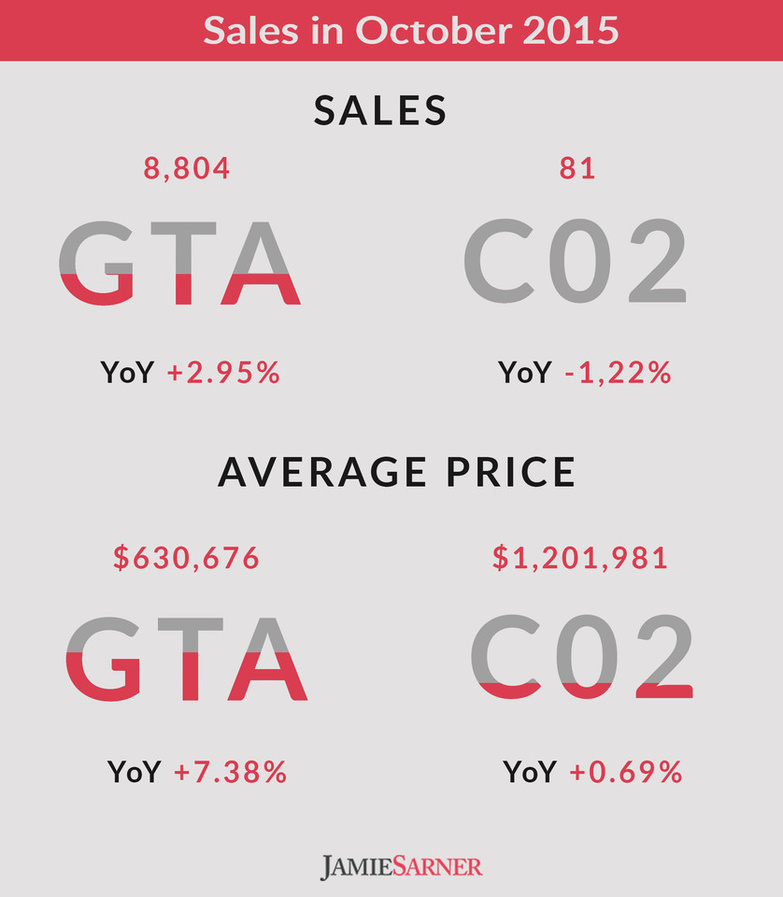 Average selling price for all home types combined was up by 7.38 per cent, reaching $630,876. In the C02 area, the price growth was almost unnoticeable – the $1,201,981 it has reached represents only 0.69 per cent growth. It is clear that the price growth continues to be pushed by the low-rise market segments. Over the same period, the MLS® Home Price Index Composite Benchmark was up by 10.3 per cent compared to October 2014.

"Record sales coupled with a constrained supply of listings in many GTA neighbourhoods has underpinned very strong price growth throughout 2015. Even if we do see a greater supply of low-rise listings in the marketplace over the next year, market conditions will remain tight enough to see continued price growth well-above the rate of inflation,"