A housing correction could spell trouble for young Canadian homeowners.

Canada’s housing market has been steadily rising for the last decade, but now many analysts are looking at a correction on the horizon, and if we do see a real estate downturn it will be young families who are the hardest hit according to a recent report by the Canadian Centre for Policy Alternatives.

More than 70 per cent of families in their 40s own some real estate, and for most people it’s their most valuable asset. Markets in British Columbia, Alberta and Ontario have seen especially high prices since interest rates were lowered to historically low levels. According to the study, the average price for a home has risen 154 per cent since 1999. 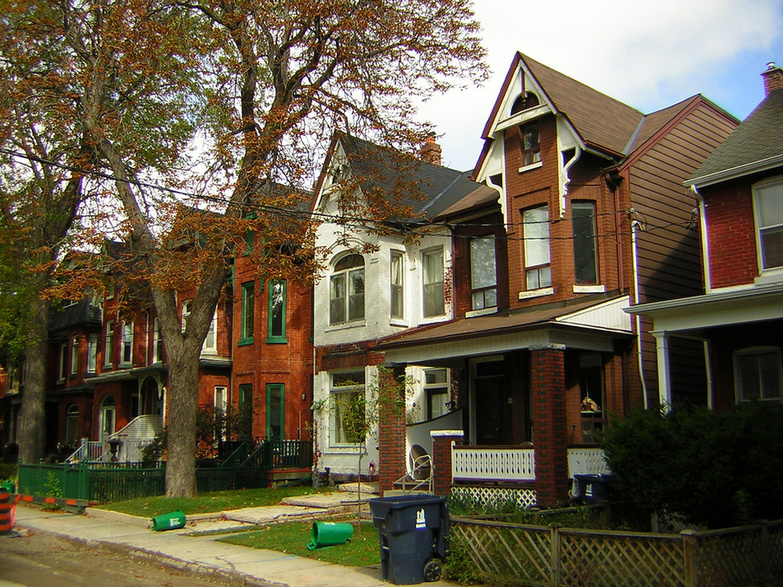 David Macdonald, the study’s author, finds the current level of debt being used to finance real estate purchases "disconcerting." The average debt-to-income ratio among Canadians in their 30s has nearly doubled since 1999, hitting a new high of four-to-one, the highest of any age bracket. But debt-to-income ratios have risen across all age groups. People in their 40s saw an increase of 64 percent. For those in their 50s it grew by 75 per cent, and for people in their 60s it has doubled. Now, the Bank of Canada is predicting that housing prices are between ten and 30 per cent overvalued.

The CCPA says a downturn in this market could be devastating for young homeowners.

Macdonald says a fall in real estate prices will likely be caused by either an increase in mortgage rates or a decline in incomes thanks to either higher unemployment or a lack of wage growth. This all comes as the Canadian Mortgage and Housing Corporation (CMHC) released a poor forecast for the country’s housing market, saying the housing boom will likely come to an end in 2016. And while it isn’t predicting an out-and-out crash, the Corporation is warning consumers that prices will barely keep pace with inflation over the next two years. 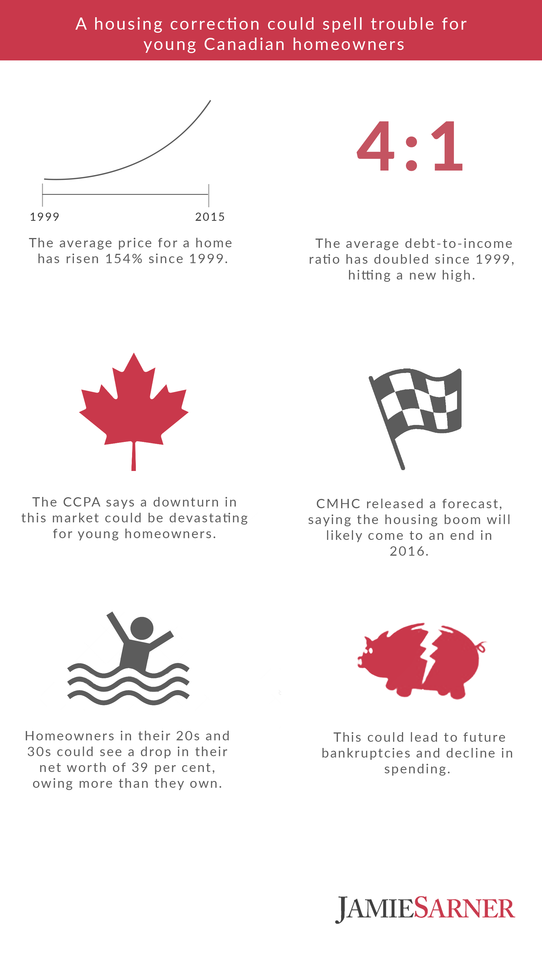 A general rule of thumb is that a drop in real estate prices results in twice the percentage decline in net worth. So homeowners in their 20s and 30s could see a drop in their net worth of 39 per cent, even if real estate values only fall by 20 per cent. That means most young homeowners would be underwater, owing more than they own.

If prices drop by 30 per cent, one in seven households would be underwater with a 61 per cent fall in net worth for young families with real estate. According to the study, these scenarios could lead to future bankruptcies and a sharp decline in spending as homeowners try to focus on paying down their debt or releveraging their mortgages. All of which could have a substantial impact on the economy.

"But focusing on dollar-amount losses misses the full picture," 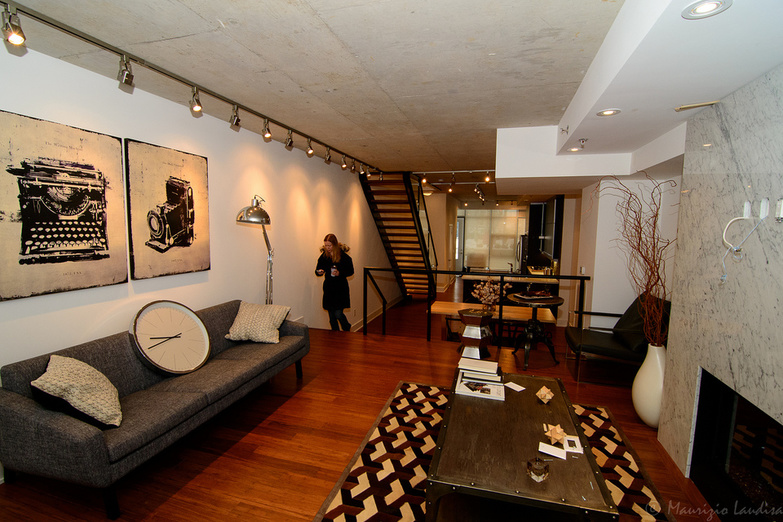 Middle-aged families would be less hard hit by a downturn because they typically have more assets, have paid down their mortgages and have seen a benefit from the spike in home prices since the late 90s.

"At higher ages, the effects of real estate declines on net worth are more muted, even if the dollar value of those declines may be greater,"

The report recommends that reducing household debts should be a top priority for governments. There may also be lessons to be gleaned from the recent housing crisis in the U.S. though. Programs like the Home Affordable Modification Program (HAMP), which allowed homeowners pushed underwater to modify their mortgages to avoid "imminent default," could be applied within Canada. Then there’s the Federal Housing Administration Refinance for Borrowers with Negative Equity Program that allowed homeowners underwater, but current with their payments, to reduce the principal on their mortgage. The study says a Canadian version of this program could help young homeowners, but would require support from the CMHC.

In any event, the one benefit that young homeowners have is time. If home prices do take a downturn and people are forced underwater, millennials have more opportunities to climb back to shore and get back on their feet.