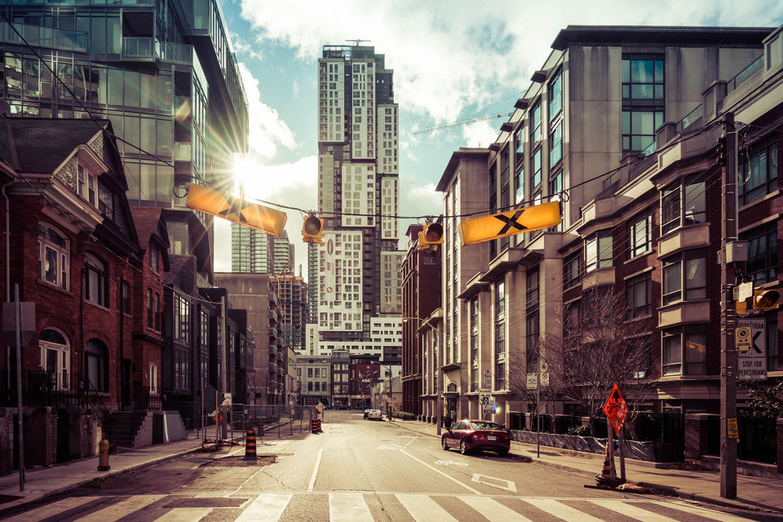 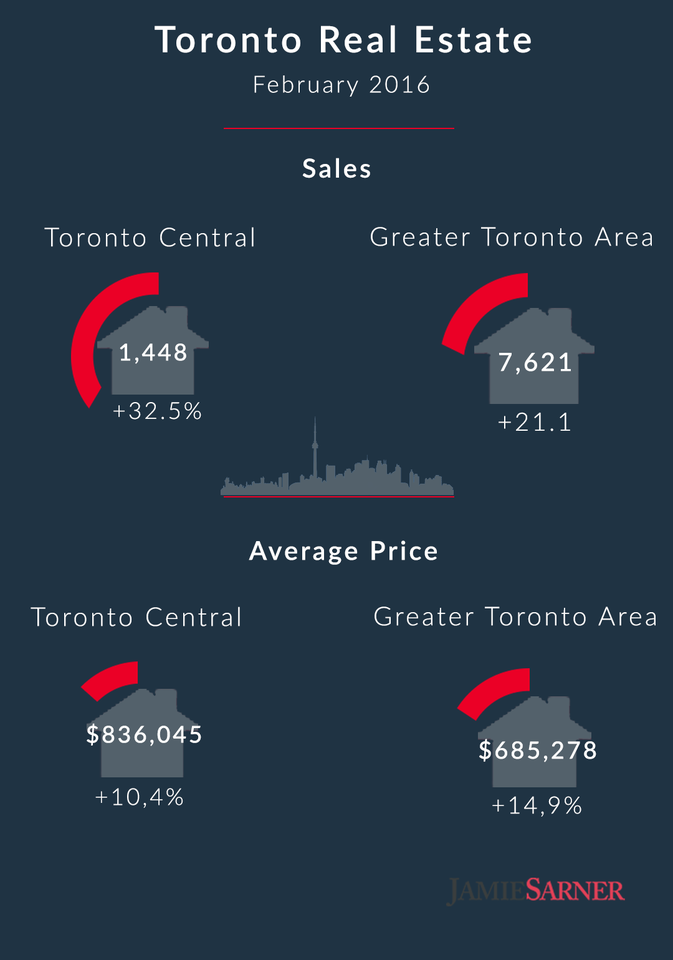 The number of new listings entered into Toronto Real Estate Board’s MLS® System was up on a year-over-year basis, but only by 8.2 per cent. This means the market conditions were tightened compared to the last year, causing prices to grow. The seller’s market conditions resulted in price growth. In the GTA the prices were annually up by 14.9 per cent to $685,278.

"Even after accounting for the leap year day, sales were above the previous record for February set back in 2010. Sales were up strongly from the 15th day of the month onward as well, despite the new federal mortgage lending guidelines coming into effect that require at least a 10 per cent down payment on the portion of purchase prices between $500,000 and $1,000,000,"

The prices in Toronto Central were up by a more moderate 10.4 per cent reaching $836,045. The MLS® Home Price Index (HPI) Composite Benchmark was up by 11.3 per cent year-over-year.

"Recent polling conducted for TREB by Ipsos suggested that GTA households will remain upbeat about purchasing a home in 2016. Early sales results for January and February certainly support this view. With strong sales up against a constrained supply of listings, home prices continued to trend strongly upward,"