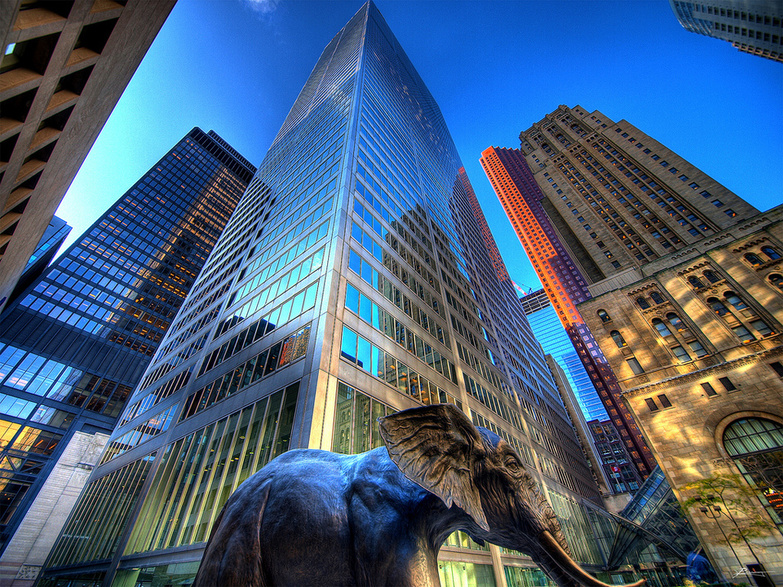 For the past couple of months, the average price and the number of sales done in the Toronto real estate market kept rising steadily and May was no different. According to the data gathered via Toronto Real Estate Board’s MLS® system, the year-over-year growth of the number of sales recorded in May in GTA was 10.6 per cent: from 11,640 in 2015 to 12,870 this year, which is a new record for this month. The average price has risen from last year’s $649,648 to $751,908 recorded this May, which is a 15.7 per cent increase. Jason Mercer, TREB's Director of Market Analysis said:

Widespread competition between buyers of singles, semis and townhouses across the GTA has underpinned the robust annual rates of price growth experienced so far this year. With this said, however, it is also important to understand that tighter market conditions for condominium apartments have resulted in price growth well above the rate of inflation in this market segment as well.

The condo segment was indeed increasing exponentially, with 21.9 per cent increase in the number of sales in comparison with last year, while the average price rising only by 5.9 per cent. This is caused by the growing lack of supply in the rest of the market segments. The overall number of active listings has dropped from 18,585 in last year’s May to only 12,931 available this year, which is a 30.4 per cent decrease. This is most likely caused by the lack of land available for building new housing in most of the Toronto neighbourhoods. 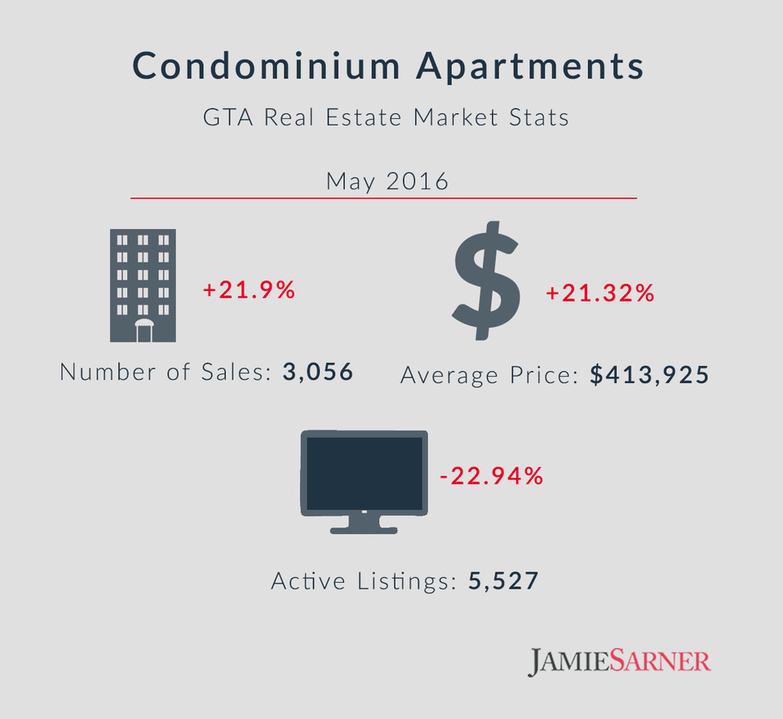 Whether we’re talking about existing homeowners or people looking to purchase for the first time, there is no shortage of buyers in the marketplace today. So, while the record number of home sales through the first five months of 2016 is not necessarily surprising, it does sometimes mask the larger story in the GTA: the shortage of listings, which has resulted in strong upward pressure on home prices.

The shortage of active listings accompanied by the increases both in prices and number of sales is expected to continue through the rest of this year.

The market should start slowing down by now. I think by August the prices will grow just by a moderate amount and the market will stabilize. Or so I hope. It’s just a speculation of course.