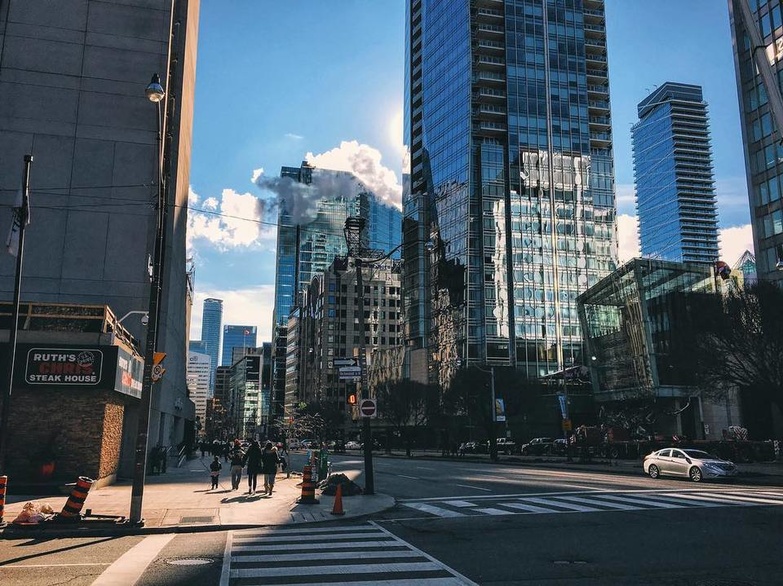 In November 2016 Toronto experienced strong sales as well as price growth. The alarming lack of listings was present through the entirety of 2016 and resulted in prices rising as much as 22.7 percent in year-over-year comparison. The average price in GTA was $776,684 for all home types. Toronto Real Estate Board President Larry Cerqua said:

Home buying activity remained strong across all market segments in November. However, many would-be home buyers continued to be frustrated by the lack of listings, as annual sales growth once again outstripped growth in new listings. Seller's market conditions translated into robust rates of price growth.

The biggest price rise was recorded in detached houses. Average price was 27.6 per cent higher, making it to $1,058,273 and 3,890 houses sold. The sales were up only by 13.4 per cent. Average price of semi-detached houses changes by 19.8 per cent and sales were up by 6.3 per cent. Townhouses sold better than last year as well, by 15.2 per cent. Average price increased by 23.7 per cent. Condominium segment appeared to be the most steady in terms of price, rising only by 15.1 per cent. Sales however were up by amazing 25.8 per cent.Jason Mercer, TREB’s Director of Market Analysis sees the situation like this:

Recent policy initiatives seeking to address strong homeprice growth have focused on demand. Going forward, more emphasisneeds to be placed on solutions to alleviate the lack of inventoryfor all home types, especially in the low-rise market segments. 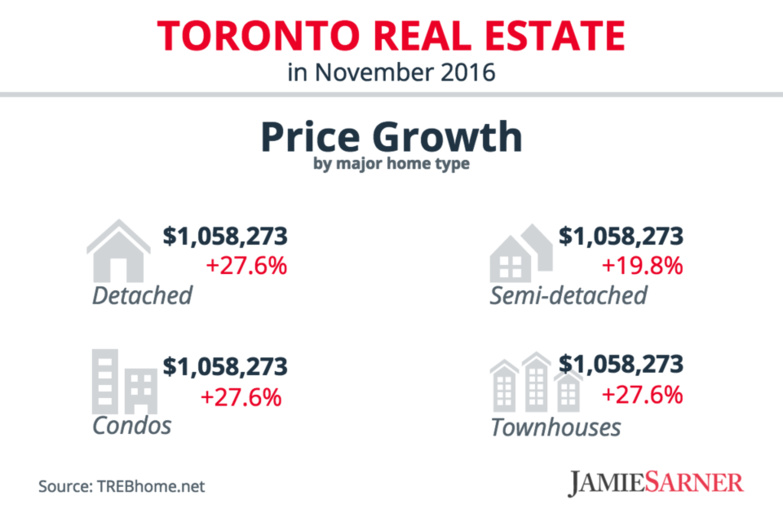 Closer look at the listings segment reveals that there was a rise in new listings this month by 10.3 per cent in comparison to November 2015 but the active listing segment dropped by 35.8 per cent. There was 13,454 active listings available in November 2015. November 2016 marked only 8,639 listings. For greater illustration of the problem Greater Toronto Area REALTORS® reported 8,547 home sales through TREB's MLS® System this November, which makes almost all the inventory available in Toronto.

One thought on “Strong price growth recorded in Toronto”