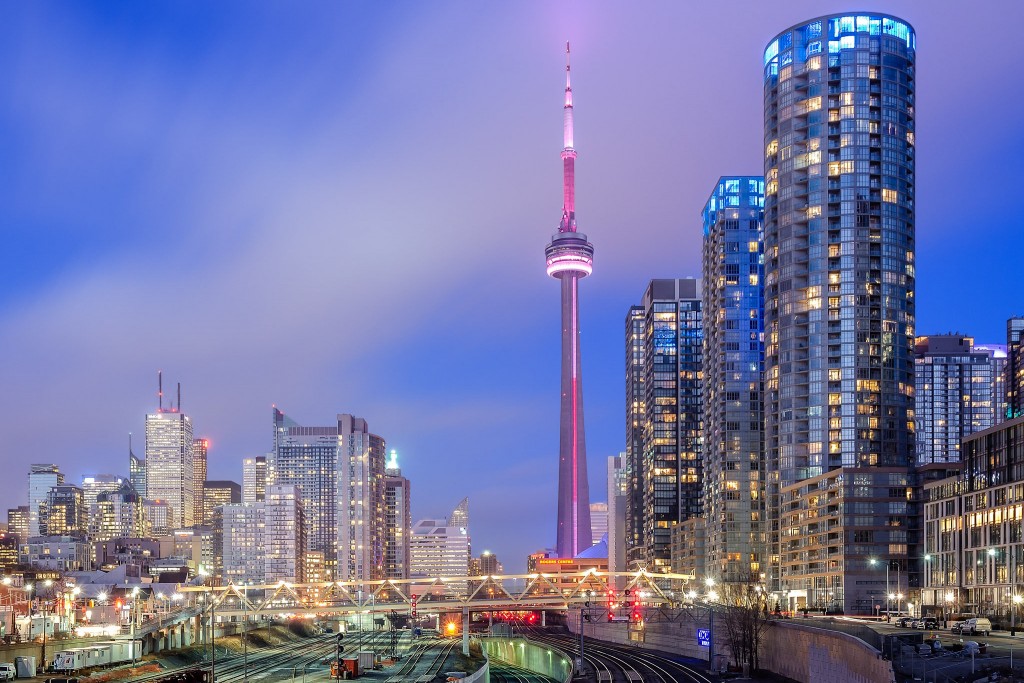 Despite February 2016 being a leap year with one more day for successful closes on sales, 2017 scored 5.7 per cent more sales. Even one day short, Toronto real estate market activity didn't slow down. TREB REALTORS reported 8,014 sales through TREB’s MLS System, which is 431 sales more than last year's 7,583.

Detached houses and townhouses registered a small rise in sales by 3.0 and 6.5 per cent respectively. The number of sold semi-detached houses dropped by 9.5 per cent. Condominium segment had a great run with 2,360 sales and 15.9 per cent rise in sales. Toronto Real Estate Board President Larry Cerqua commented on new Ipsos survey and what to expect this year:

The February statistics tell me that many Greater Toronto Area households continue to view home ownership as a great long-term investment. The high demand for ownership housing we’re seeing is broad-based, with strong sales growth for most low-rise home types and condominium apartments. This makes sense given the results of a recent consumer survey undertaken for TREB by Ipsos, which found an even split between intending first-time buyers and existing homeowners who indicated that they were planning on purchasing a home in 2017.

In the term of price and listings, Toronto is still trying to solve its biggest housing issue. New listings were down by 12.5 per cent on a year-over-year basis. Active listings crossed the mark of more than half of last years inventory being unavailable, with a 50.5 per cent drop. 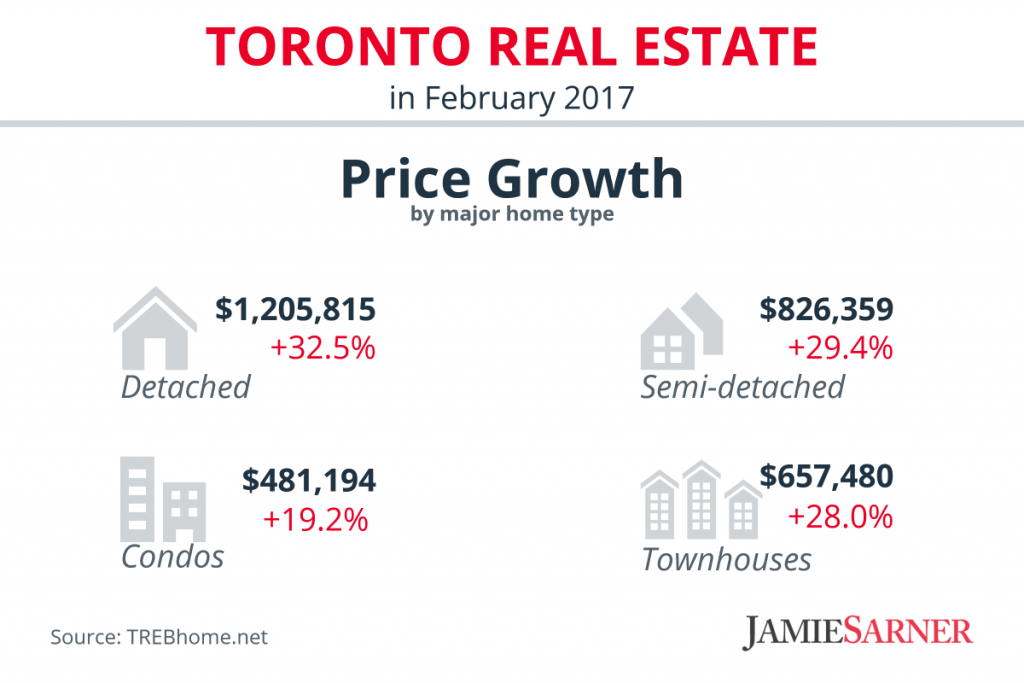 Jason Mercer, TREB's Director of Market Analysis concluded that the situation will not change until we can increase the listing rates:

The listing supply crunch we are experiencing in the GTA has undoubtedly led to the double-digit home price increases we are now experiencing on a sustained basis, both in the low-rise and high-rise market segments. Until we see a marked increase in the number of homes available for sale, expect very strong annual rates of price growth to continue.