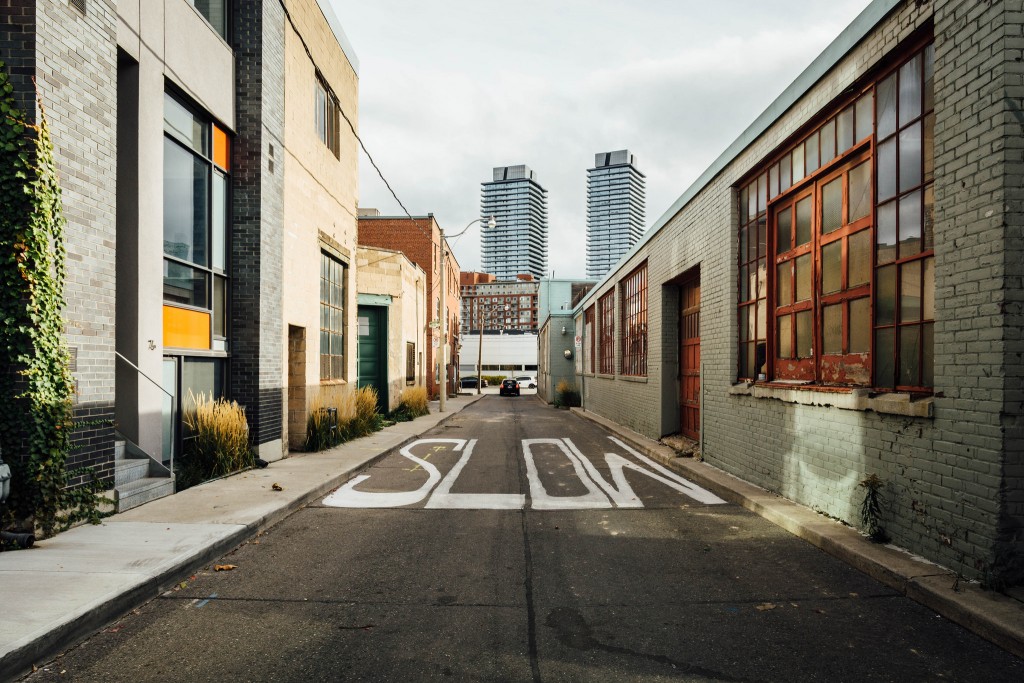 October was a relatively fast month for real estate. Despite 20+ per cent decrease in comparison to last year, sales were doing better than the month before.

There were 3,135 detached houses sold in the GTA. With year-over-year decrease of 29.8 per cent, it's not the highest number, but bear in mind, it's 3,135 happy new home-owners moving in. Another great segment rapidly selling this October were condominium apartments with 2,025. They dropped by 24.9 per cent in comparison to last year. Semi-detached and townhouses were down by 23.5 and 22 per cent respectively. Toronto Real Estate Board President Tim Syrianos remains optimistic about this year's fall market:

Every year we generally see a jump in sales between September and October. However, this year that increase was more pronounced than usual compared to the previous ten years. So, while the number of transactions was still down relative to last year’s record pace, it certainly does appear that sales momentum is picking up.

Just for comparison, there were 6,379 sales through TREB’s MLS® System in September 2017. In October it was 7,118. This points to an above average increase in monthly activity on the market. According to Tim Sirianos, this could point to strengthening fall market conditions. Jason Mercer, TREB’s Director of Market Analysis thinks, buyers could be affected by the fear of new policies being implemented in the last year:

The housing market in the GTA has been impacted by a number of policy changes at the provincial and federal levels. Similar to the track followed in the Greater Vancouver Area, it appears that the psychological impact of the Fair Housing Plan, including the tax on foreign buyers, is starting to unwind.

When it comes to average price, not much changed since September. In September 2017 average home price was $775,546. October average price was $780,104. There's not much increase in the monthly comparison, however average price from October 2016 was $762,691 and there we can see 2.3 per cent increase. However, despite detached homes remaining the most expensive on the market, the average price fell 2.5 per cent since last year. So average detached house was now available for $1,008,207 in October. Townhouses and semi-detached houses still remain more budget-friendly options, despite prices rising by 7.4 and 6.3 per cent respectively. Condo market remains strong, with alarming rise of 21.8 per cent in price. The average price is now $523,041, in comparison to October 2016 where average condo price was only $429,407. 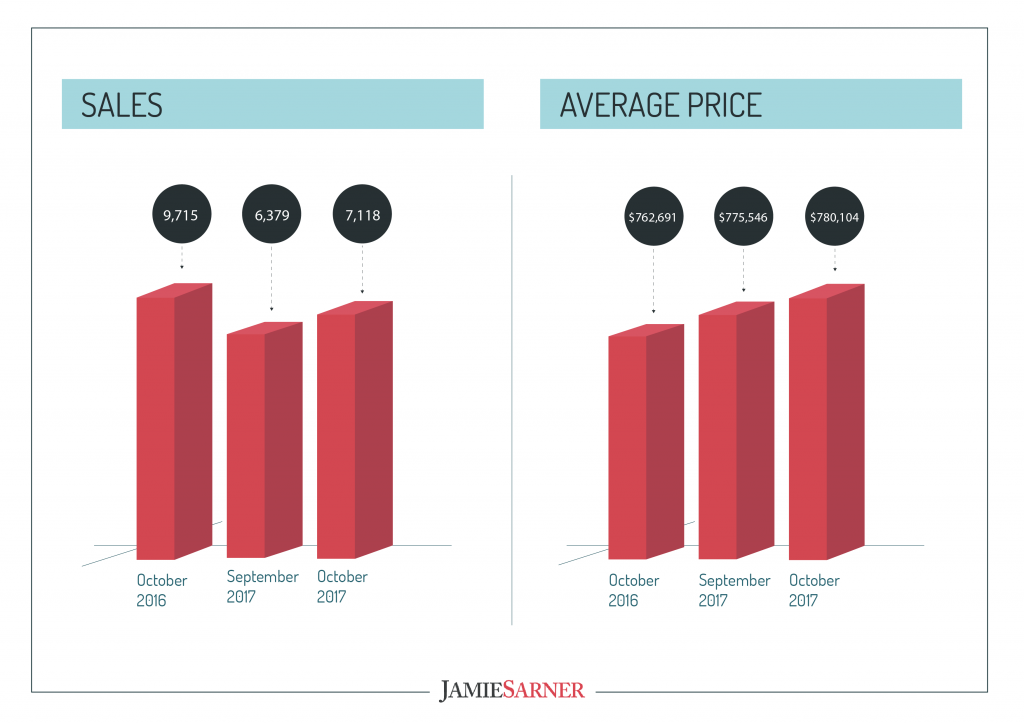 New listings are rising too, with 14,903 new homes to sell this month. This is an 11.8 per cent increase since last year. The year-over-year active listings were up by 78.5 per cent. condominium segment was the only one with negative listings over the past month. New Listings in comparison to last year were down by 10.2 per cent and active listings ratio was down by exactly 1 per cent. Tim Syrianos commented the situation as follows:

The condominium apartment market segment has exhibited the strongest average rates of price growth since the spring, relative to other major market segments. Competition between buyers remains strong, as listings remain below last year's very constrained levels. Over the past few months, TREB has participated in discussions at various levels of government pointed at developing solutions for the housing supply issue in the GTA. As these discussions continue, it will be important to remember that the condominium apartment market is not immune to a listings shortage. TREB will also be paying close attention to the potential impacts of the new OSFI Guideline B- 20 concerning new mortgage rules and underwriting standards, and the possibility of a vacancy tax in the City of Toronto. We will be asking consumers about their opinion on these initiatives, from the prospective of buying and selling intentions, during our fall polling cycle.