November was a turbulent month for Toronto's real estate market. As Toronto Real Estate Board President Tim Syrianos announced, Greater Toronto Area REALTORS® reported 7,374 transactions through TREB’s MLS® System in November 2017, which is a 13.3 per cent less than this time last year. 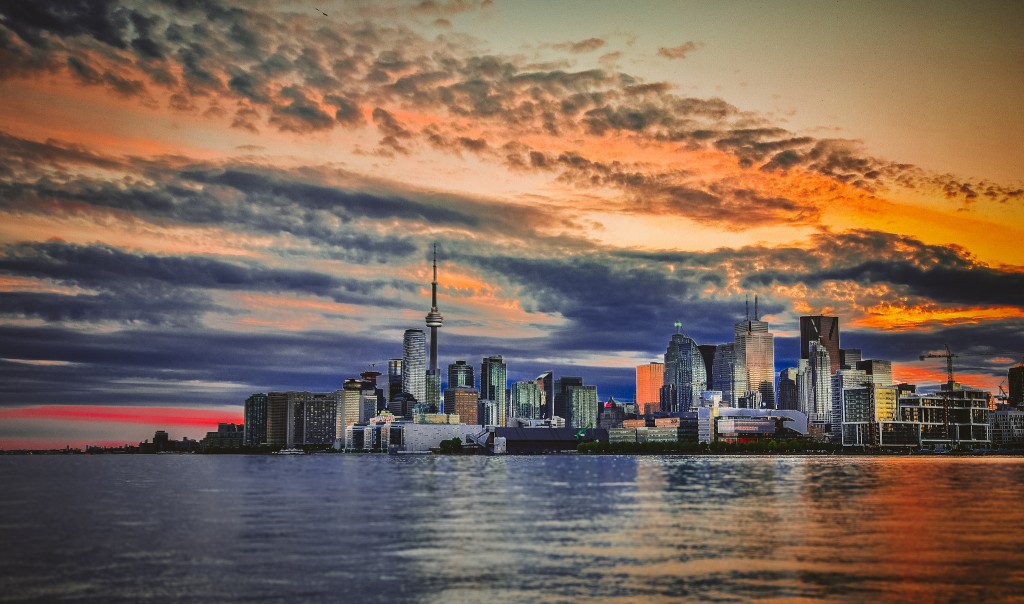 The biggest decrease was noted in the detached homes segment, where sales were down by 19.1 per cent. Townhouses came in second place with 9.3 per cent, with the number of sold condos descending by 7.9 per cent. Semi-detached houses marked the smallest decrease in sales, only 6.2 per cent.

We have seen an uptick in demand for ownership housing in the GTA this fall, over and above the regular seasonal trend. Similar to the Greater Vancouver experience, the impact of the Ontario Fair Housing Plan and particularly the foreign buyer tax may be starting to wane. On top of this, it is also possible that the upcoming changes to mortgage lending guidelines, which come into effect in January, have prompted some households to speed up their home buying decision.

The average price was the biggest change affecting the market. The price in most segments continued to rise in November, with semi-detached and townhouses going up by 1.2 and 4.8 per cent respectively. Condo apartments still dominated by their significant +16.4 per cent price change. The only segment dropping in value was the most expensive segment - detached homes. Since detached houses dropped in value, the overall average price was down by 2.0 per cent in November. According to TREB, this change can be "due in large part to a smaller share of detached home sales." 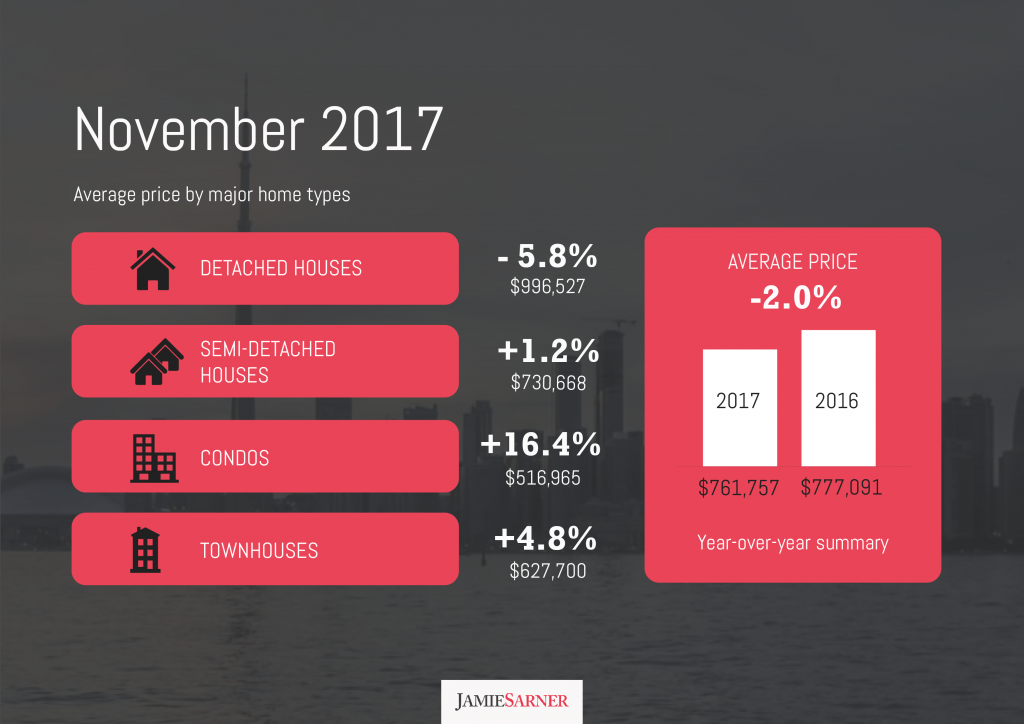 The condominium market frenzy is the hot subject. Despite sales being down by 7.9 per cent, new condos and especially those in pre-construction still remain popular among buyers and investors. As TREB’s Director of Market Analysis Jason Mercer warns, this ideal situation with great supply can result with even greater demand that can stress the market:

The condominium apartment market segment has exhibited the strongest average rates of price growth since the spring, relative to other major market segments. Competition among buyers remains strong, as listings remain below last year’s very constrained levels. Over the past few months, TREB has participated in discussions at various levels of government pointed at developing solutions for the housing supply issue in the GTA. As these discussions continue, it will be important to remember that the condominium apartment market is not immune to a listings shortage.

If developers don't increase the numbers in homes being built in tune with the new immigrants coming to Toronto, the big condo boom could be over. The new OSFI mortgage rules could potentially make a dent in this booming market as well, with new stress test being implemented to mortgages and changing rules for uninsured deposit rates. By now, it's very likely that December will be a busy month for many real estate professionals, with buyers rushing to close before new mortgage rules take hold of the market.