Upon entering 2017, we had no idea about the roller coaster market we were about to experience over the course of one year. The record sales that were prominent at the beginning of the year were swiftly stopped by Ontario Fair Housing Plan coming into effect back in April. At the end of the year, the biggest influence of this new policy weakened and buyers waiting to buy in a more stable market moved forward with thenew OSFI guidelines and a mortgage stress test breathing down their necks. 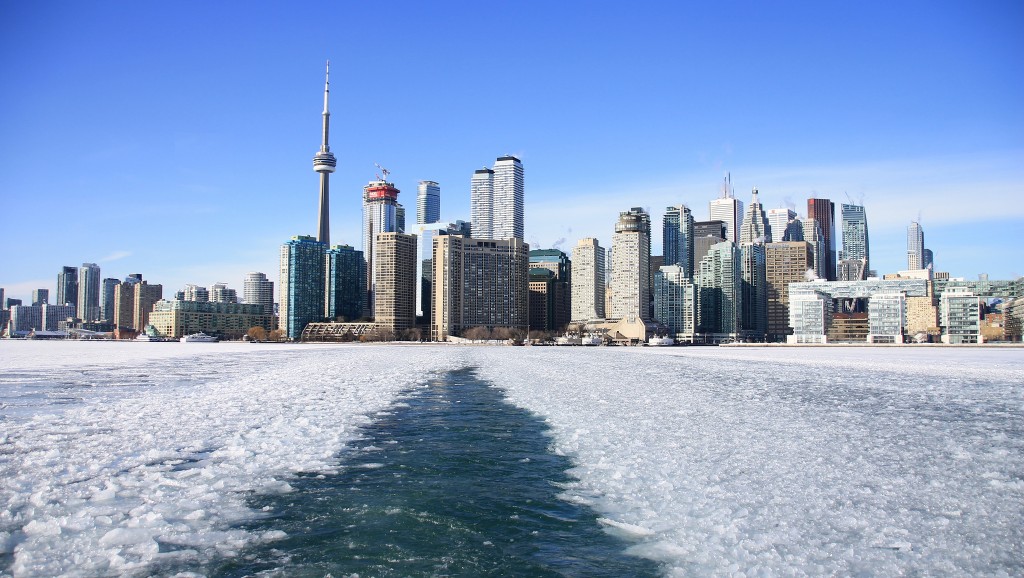 Sales picked up the pace in December with 4,930 homes sold trough TREB’s MLS® System. It may be a big difference compared to December 2016, when there were 7.1 per cent more sales, but for December sales it's still a great number, considering the sales slowing down during holiday season. According to TREB's President Tim Syrianos, we can expect more turbulence along the way with government policies influencing the market next year:

Much of the sales volatility in 2017 was brought about by government policy decisions. Research from TREB, the provincial government and Statistics Canada showed that foreign home buying was not a major driver of sales in the GTA. However, the Ontario Fair Housing Plan, which included a foreign buyer tax, had a marked psychological impact on the marketplace. Looking forward, government policy could continue to influence consumer behavior in 2018, as changes to federal mortgage lending guidelines come into effect.

When it comes to prices, for almost entirety of 2017 we witnessed rising prices. The average price for all the months of 2017 together was $822,681, up by 12.7 per cent compared to the year 2016. After the slight drop in November—the only month that the price dropped in 2017—we have seen a slight spike back in December. The price was higher by 0.7 per cent this December in comparison to last year. It may not seem as much, but it shows that the drop in prices wasn't any significant factor pointing to the market stopping or crashing as many reported. 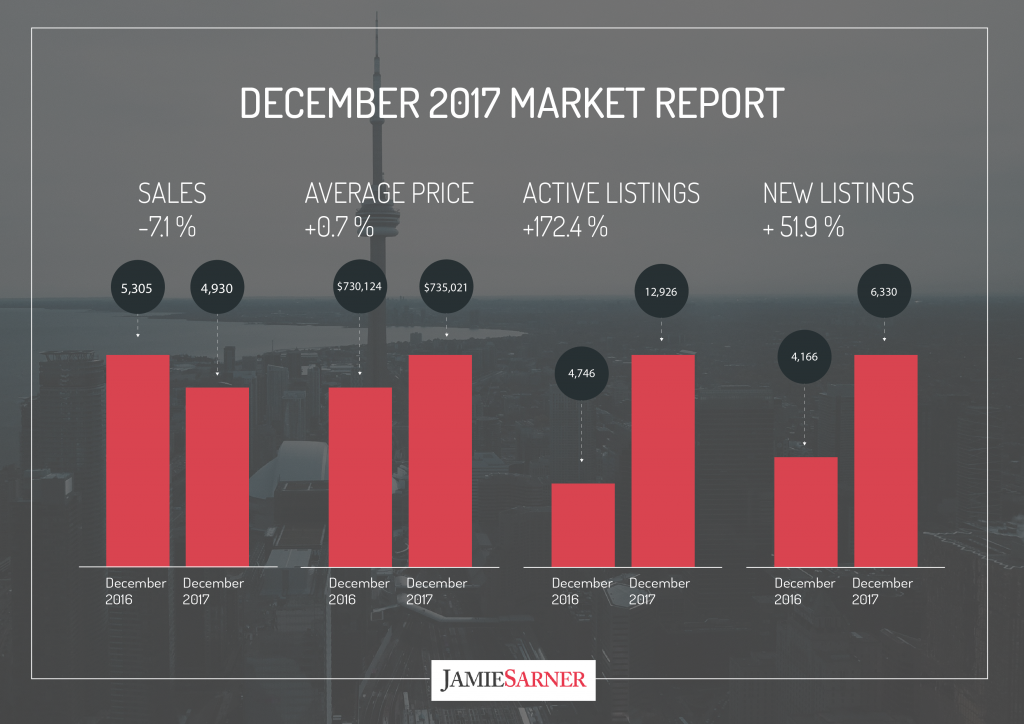 The biggest surprise to many this year was the condominium segment. After detached homes became apparently too expensive for an average buyer, many young families started looking for less expensive options. Enter condos, that are the perfect solutions for those looking to live in smaller spaces, but sit have much more amenities and maybe shorter commute time. As Jason Mercer, TREB’s Director of Market Analysis comments, it was truly a year of condos:

It is interesting to note that home price growth in the second half of 2017 differed substantially depending on market segment. The detached market segment – the most expensive on average – experienced the slowest pace of growth as many buyers looked to less expensive options. Conversely, the condominium apartment segment experienced double-digit growth, as condos accounted for a growing share of transactions.

In December, the average price for a condo in Toronto was $503,968, which is 14.4 per cent more than last year. This only shows how much the market moved forward as the popularity of condos rose.

Many would-be buyers anticipate what changes will new mortgage rules bring to the market. The implemented stress test could disqualify up to 10 per cent of prospective home buyers who already have down payments of 20 per cent or more. How will this policy affect the condominium segment and Toronto market in general, remains a question that could be answered in the upcoming months. It remains true that we are starting 2018 very unsure about what will the year bring and how will average buyers and sellers react to many new policies coming their way.