If you opened any of the Canadian real estate blogs in the past few days, you may have noticed the whole Toronto started talking about a very significant change on the market, which startled buyers and sellers alike. The prices started dropping across almost all market segments after two years of steady growth. This phenomenon we've seen in January can be influenced by the fact that year 2016 and start of 2017, prices were at a peak for Toronto, unlike today. 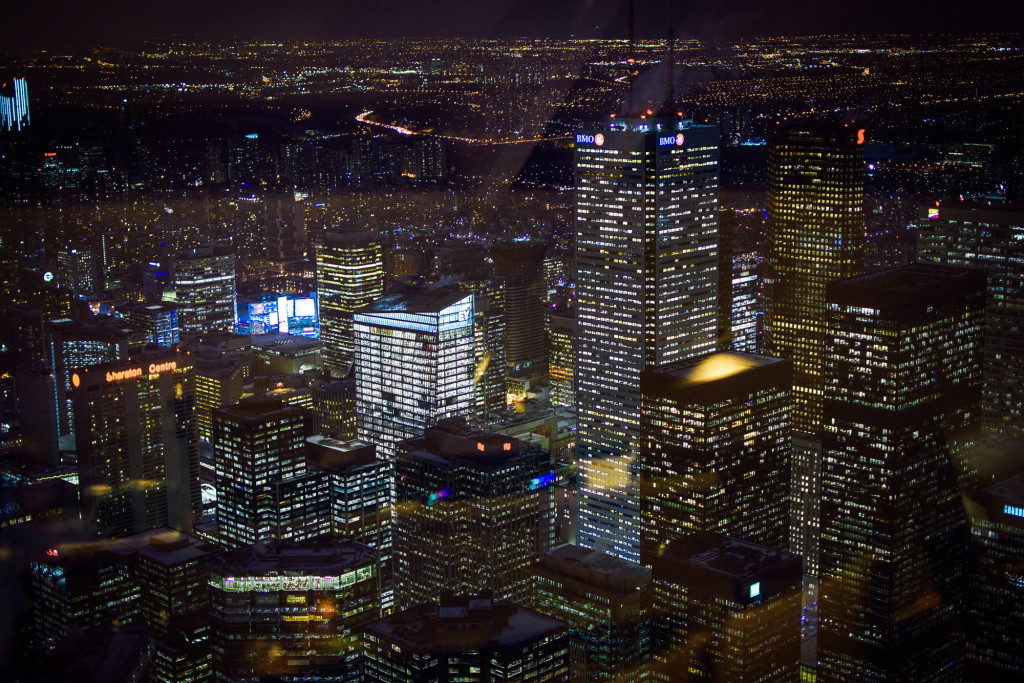 The drop was most prominent in the detached house segment, where the price dropped from $1,068,670 in January 2017 to $970,823 this year. That's 9.1 per cent lower than last year. Semi-detached homes and townhouses dropped by 1.8 per cent and 0.5 per cent respectively. The only exception on the market was condominium segment, where the prices have been steadily growing over the past months. The price jumped by 14.6 per cent. In January 2017 you could buy an average Toronto condo for $442,598, the current average price is $507,492. Jason Mercer, TREB’s Director of Market Analysis thinks that the condominium segment will be the pushing force for other segments through the year:

It is not surprising that home prices in some market segments were flat to down in January compared to last year. At this time last year, we were in the midst of a housing price spike driven by exceptionally low inventory in the marketplace. It is likely that market conditions will support a return to positive price growth for many home types in the second half of 2018. The condominium apartment segment will be the driver of this price growth.

The number of sales went down as well, turning what's been a seller's market for the most of last year towards a buyer's market. GTA REALTORS® reported 5,188 residential transactions through TREB's MLS® System in January 2017. That's 22.0 per cent less than last January. Again, the biggest drop (26.0 per cent) in sales was recorded in detached homes segment. Condominium segment experienced a 21.9 per cent decrease in sales. 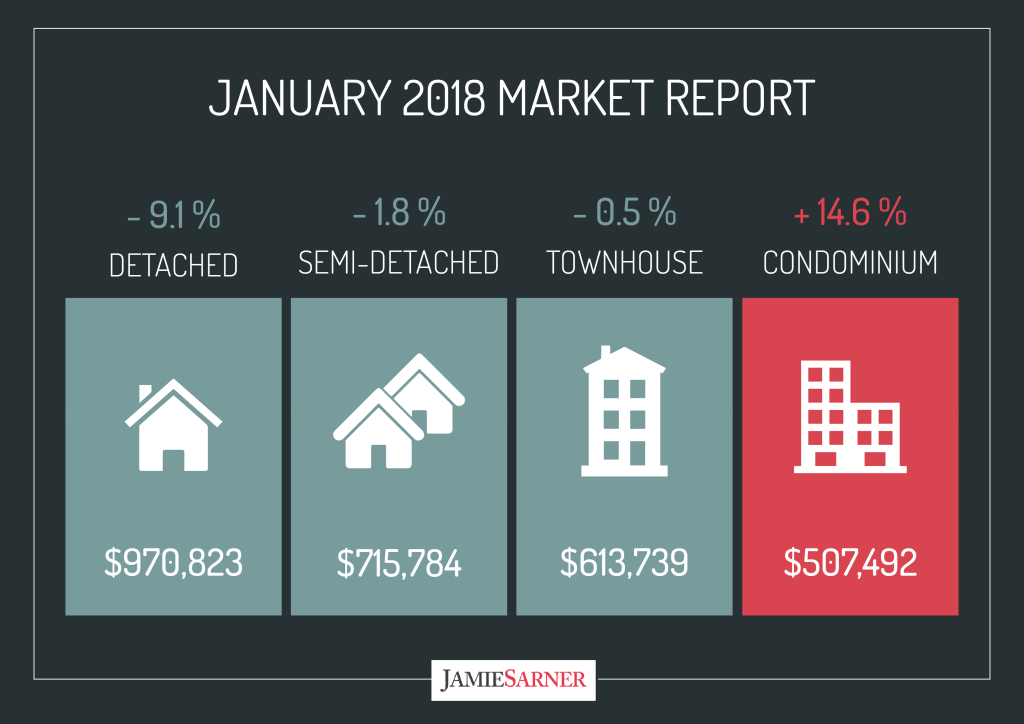 This could mean that condo prices reached their peak and buyers are hesitant to invest in currently very pricey condos when other the prices are dropping in other segments as well. The Ontario Fair Housing Plan and the newly introduced OSFI changes, which introduced new, more complicated conditions for obtaining mortgages, could also be behind this. As Toronto Real Estate Board President Tim Syrianos commented, we might see a pick up as the buyers shake off after this blow from the government:

As we move through the year, expect the pace of home sales to pick up, as the psychological impact of the Fair Housing Plan starts to wane and home buyers find their footing relative to the new OSFI mandated stress test for mortgage approvals through federally regulated lenders.

New listings were up by 17.4 per cent. Active listings sported amazing 136.3 per cent rise, which is not surprising considering January 2017 had one of the lowest supply in the past 10 years.