Both sales and prices are falling in Toronto when it comes to real estate, there’s no denying it. Detached home segment apparently reached its peak price and it started to decline. This segment recorded a 17.2 per cent decline in prices year-over-year. It seems that many more young families are shifting their attention toward condos. Condominium segment as the only segment on the market recorded an increase in the average price. During February 2018 you could buy an average condo for $529,782, which makes for 10.1 per cent rise in this segment. 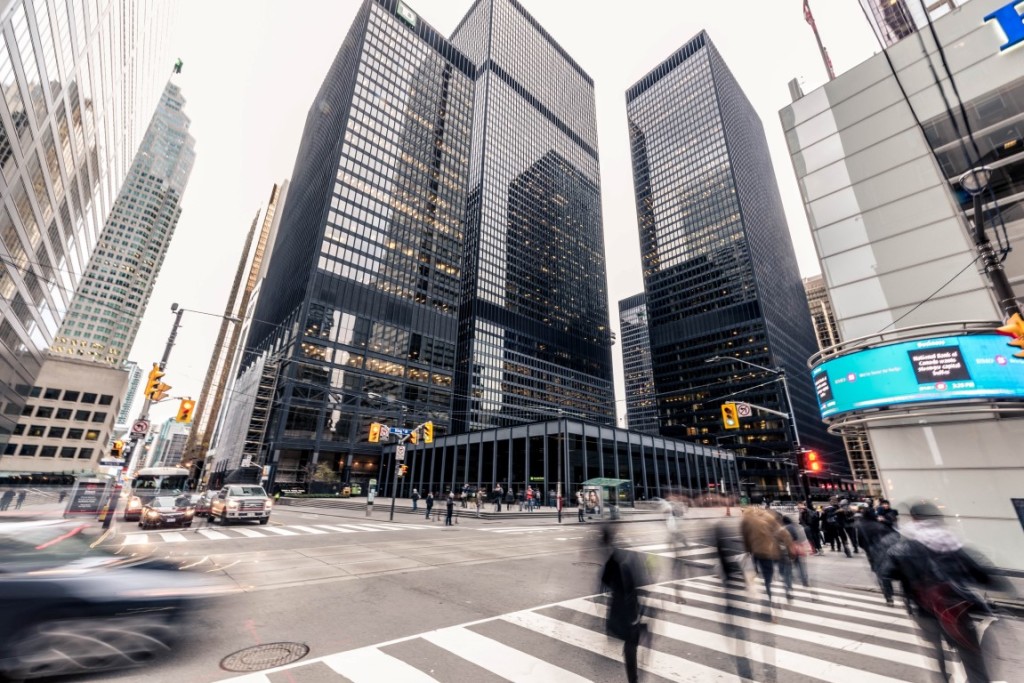 Sales were down by 34.9 per cent in average. The number of listings rose by 147.4 per cent. TREB is not surprised by this turn of events, however unfortunate it is for the sellers. In fact, their 2018 Outlook released last month clearly predicted this situation. According to the document, sales should be lower for the first four months of 2018 and then pick up momentum again. This is mostly influenced by a very strong start of the year 2017, when the sales were breaking records. As Tim Syrianos, TREB’s president comments, many government policies are currently affecting buyers' decision on our market and have a big impact on sales:

When TREB released its Outlook for 2018, the forecast anticipated a slow start to the year compared to the historically high sales count reported in the winter and early spring of 2017. Prospective home buyers are still coming to terms with the psychological impact of the Fair Housing Plan, and some have also had to reevaluate their plans due to the new OFSI-mandated mortgage stress test guidelines and generally higher borrowing costs.

But this doesn’t mean the seller’s market is completely gone. While January and February offered more balanced conditions, we might see a turn in March and beyond, says Jason Mercer, TREB’s Director of Market Analysis:

As we move further into the spring and summer months, growth in sales and selling prices is expected to pick up relative to last year. Expect stronger price growth to continue in the comparatively more affordable townhouse and condominium apartment segments. This being said, listings supply will likely remain below average in many neighbourhoods in the GTA, which, over the long-term, could further hamper affordability. 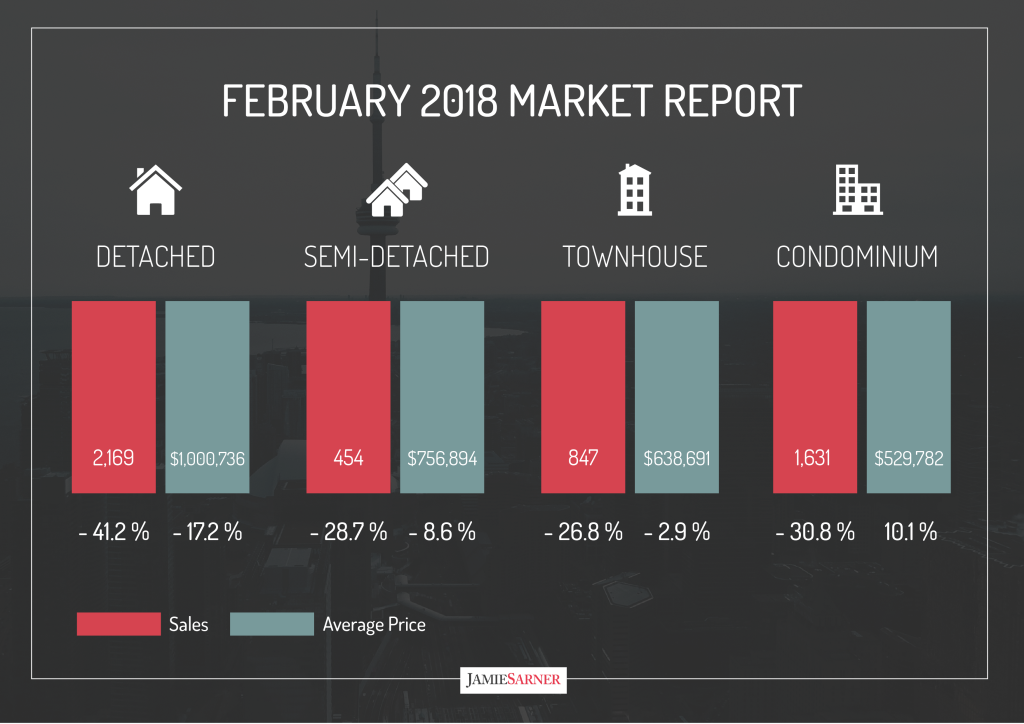 The truth remains that condominium market is a strong point in the current market, even with declining sales. In fact, in their last condominium market report for 2017, TREB concluded that condos might still stay number one option for first-time buyers. Buying a starter condo in Toronto can have many pros, including great location, amenities and a more affordable price. Jason Mercer thinks that opting for a condo is starting to become a more favoured buyer’s decision:

Based on price point, this housing type remains top of mind for many first-time buyers. In addition, as home prices have grown year-over-year some buyers who initially may have considered the purchase of a low-rise home have chosen to purchase a condo apartment as well,