The first quarter of the year has already passed. It was marked with market slowing down and falling sales and prices. In March, GTA REALTORS® reported 7,228 residential transactions through TREB’s MLS® System. That is 39.5 per cent less than this time last year. This number was also down 17.6 per cent relative to average March sales for the previous 10 years. 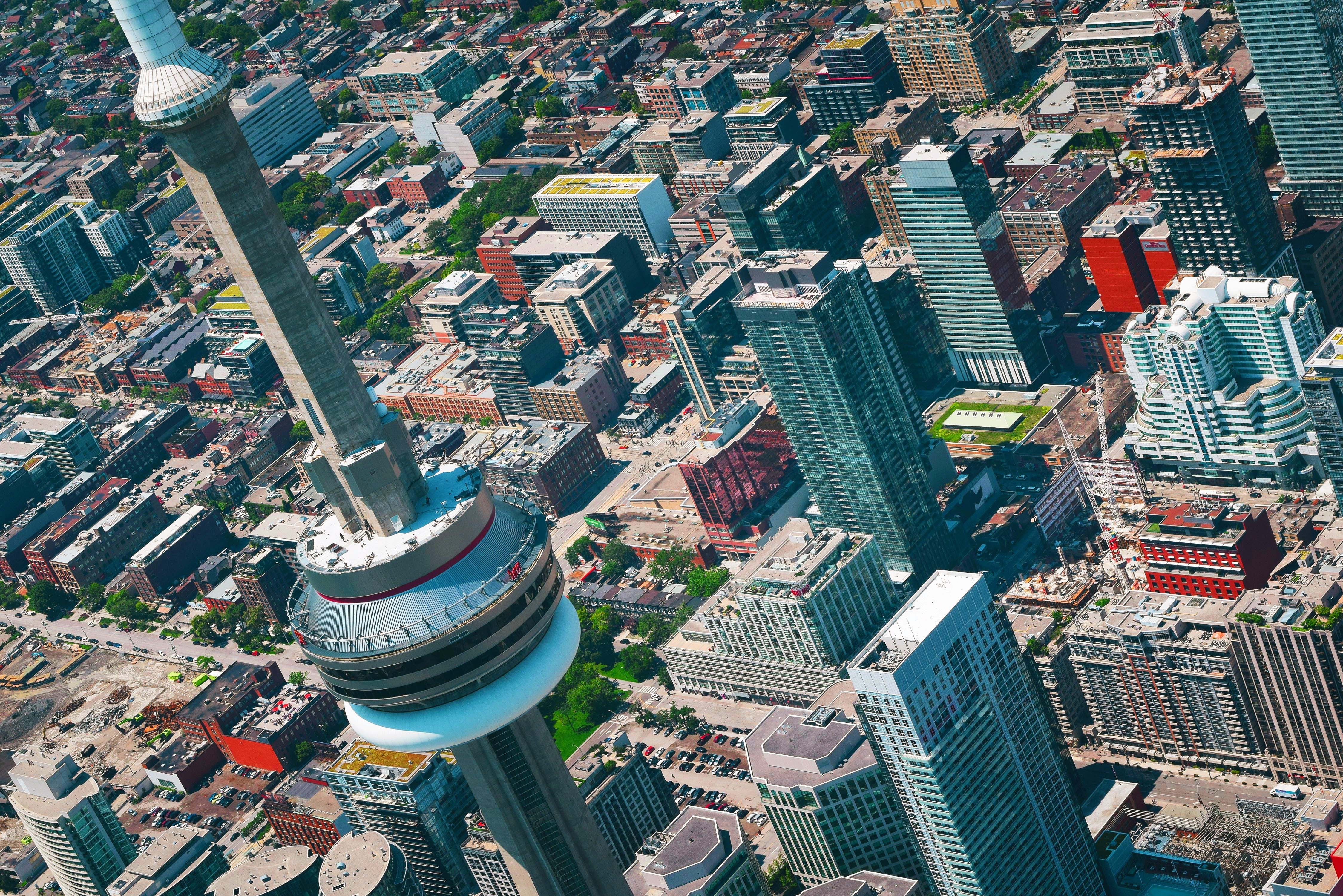 TREB stated in its recent Market Outlook report that Q1 sales would be down from the record pace set in Q1 2017. The effects of the Fair Housing Plan, the new OSFI mandated stress test and generally higher borrowing costs have prompted some buyers to put their purchasing decision on hold. Home sales are expected to be up relative to 2017 in the second half of this year.

For the past three months it appeared, that only segment not taking that big of a toll from new government policies implemented at the end of 2017, was the condominium segment. Currently, condo sales are down by 32.7 per cent, compared to last year, but the prices are still climbing. You can buy an average condo for $551,003, which is 6.1 per cent higher than last year.

This just proves that condos were a smart investment for many Torontonians. The same can't be said about detached homes, where average price has fallen by 17.1 per cent and is expected to go even lower. Semi-detached and townhouses were down by 8.8 and 9.5 per cent respectively. 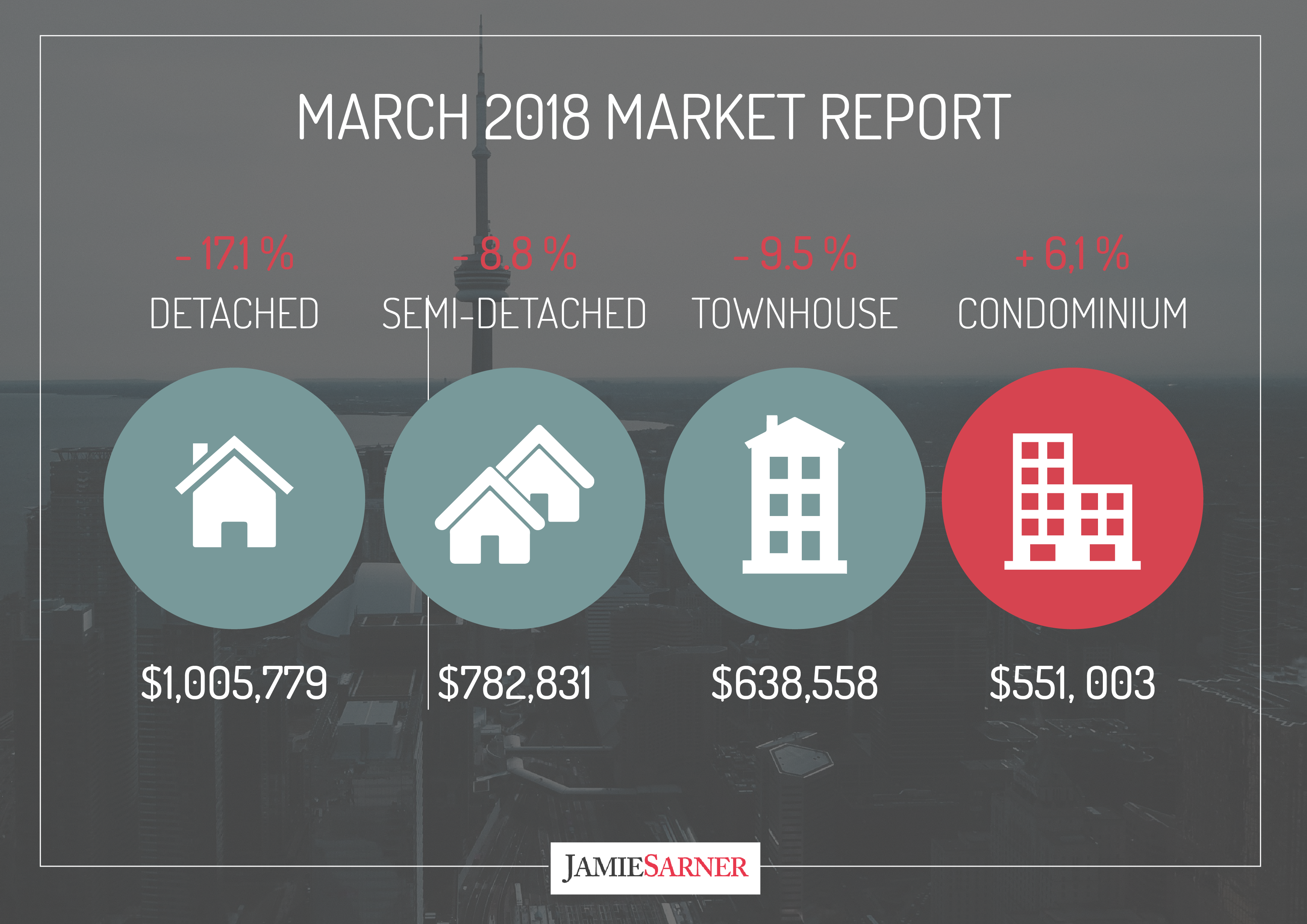 Right now, when we are comparing home prices, we are comparing two starkly different periods of time: last year, when we had less than a month of inventory versus this year with inventory levels ranging between two and three months. It makes sense that we haven’t seen prices climb back to last year’s peak. However, in the second half of the year, expect to see the annual rate of price growth improve compared to Q1, as sales increase relative to the below-average level of listings.

Indeed, the listings front was renewed at the start of this year, with new wave of eager sellers entering the market. Current active listings are 103.1 per cent higher than last year. New listings are stagnating a bit, with 12.4 per cent fall, since sellers are reconsidering their ground with the shifting market. Properties stayed on the market for an average of 20 days, which is 100% more than last year in March.