Good news from the Toronto real estate market. Sales are finally picking up after many adjustments to government policies that influenced buyers and sellers alike. GTA Realtors reported 8,082 home sales through TREB’s MLS® System in June 2018. 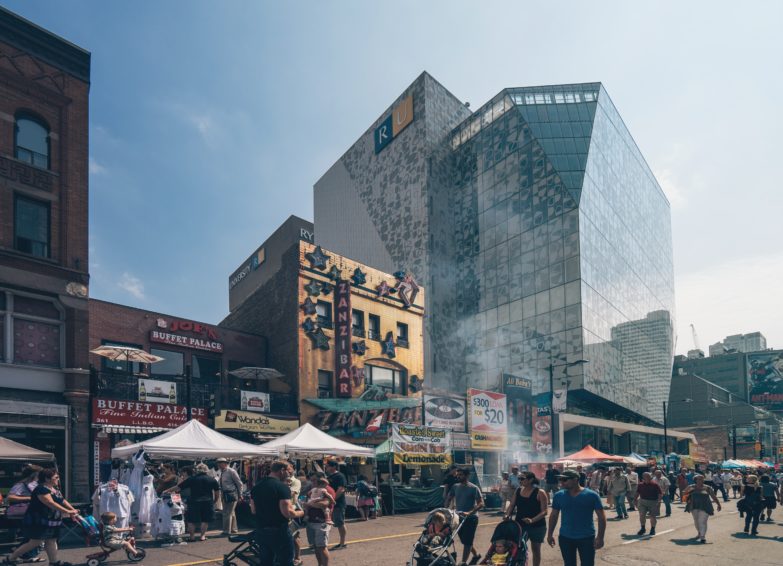 Sales were up by 2.4 per cent in year-over-year comparison and 3.16 per cent on a monthly basis between May and June 2018.

Almost all segments, with the exception of one, were in positive numbers this month. Semi-detached houses and townhouses were up by 8.1 and 5.4 per cent respectively. Detached homes were up by 5.5 per cent. The only negative sales were recorded in the condominium segment, where sales were down by 5.3 per cent. However, it is important to note, that this number only shows re-sale condos and not pre-construction condo apartments purchased from the developer company.

TREB also welcomed their new president Garry Bhaura this month. He commented on the situation as follows:

Home ownership has proven to be a positive long-term investment. After some adjustment to the Fair Housing Plan, the new Office of The Superintendent of Financial Institutions (OSFI) stress test requirement and generally higher borrowing costs, home buyers are starting to move back into the market, with sales trending up from last year’s lows. Market conditions appear to be tightening,
with sales accounting for a greater share of listings, as new listings have dropped compared to last year.

Prices are also climbing in Toronto. The average price across all segments is now 2 per cent higher than last year, making it to $807,871 for home. The price spike is most notable in the condominium segment, where prices climbed by 7.9 per cent in year-over-year comparison. You could purchase an average condo for $561,097 across the GTA. The only price drop recorded was in detached homes segment, where prices started normalizing this year. For the average price of $1,033,574, you could be a detached house owner in Toronto. This number is lower by 1.9 per cent since last year. 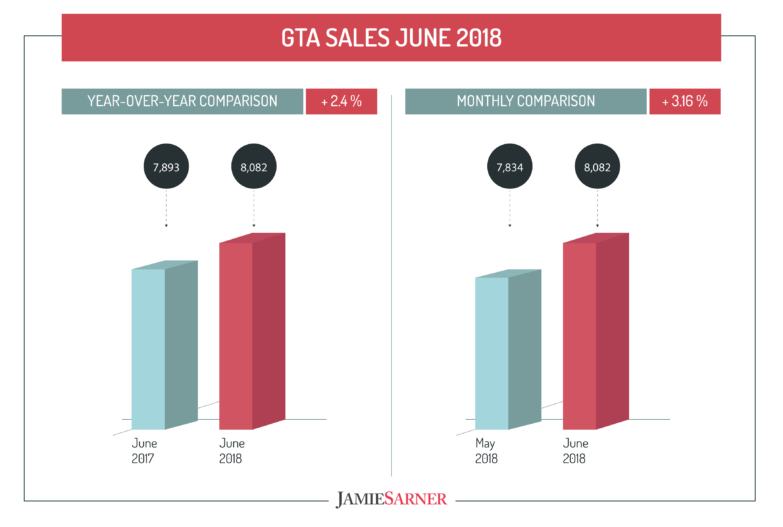 The biggest issue remaining on the market are not prices or sales, but the supply issues, that is yet again alarming. New listing dropped by 18.6 per cent since last year. Active listings are still in positive numbers, sporting 5.9 per cent hike in supply. For how long will this inventory last, with prices climbing on the lower numbers, nobody tries to predict. TREB’s Director of Market Analysis and Service Channels Jason Mercer thinks, that it's up to our law-makers now to try and resolve the supply issue:

The expectation is to see improvement in sales over the next year. Over the same period, however, it is likely that issues surrounding the supply of listings will persist. This suggests that competition between buyers could increase, exerting increased upward pressure on home prices. With a new provincial government in place and municipal elections on the horizon, housing supply should be top-of-mind for policy makers.