Good news from Toronto! Sales continue to grow across all the segments. TREB reports 6,961 sales in July 2018, which is 18.6 per cent more than last year. Detached homes rose by 26.8 per cent. Townhouses had 21.9 per cent growth. Semi-detached homes and condos were up by 6.1 and 9.4 per cent respectively. 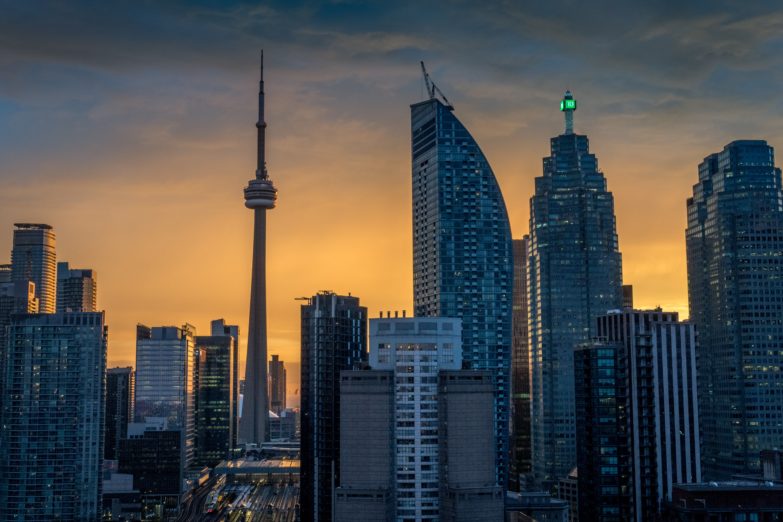 Supply remains one of the biggest current problems on the Toronto market. With the rising sales, we need much more new listings coming to the market. However, the new listings were down last night by 1.8 per cent. Active listings remain so far in positive numbers, however, it's only 5.2 per cent more than last year. Which might mean the number will be lowering as the fall market strikes. TREB's president Garry Bhaura commented on the situation as follows:

Home sales result in substantial spin-off benefits to the economy, so the positive results over the last two months are encouraging. However, no one will argue that housing supply remains an issue. The new provincial government and candidates for the upcoming municipal elections need to concentrate on policies focused on enhancing the supply of housing and reducing the upfront tax burden represented by land transfer taxes, province-wide and additionally in the City of Toronto.

The average price was also rising with the temperature, as every segment was in positive numbers in July. The Average price for the whole of GTA reached $782,129, which is 4.8 per cent more in a year-over-year comparison. Biggest climb was across the condominium segment, with prices rising by 8.9 per cent. Semi-detached and townhouses rose by 6 and 4.1 per cent respectively. Detached homes recorded only a slight change by 0.5 per cent. 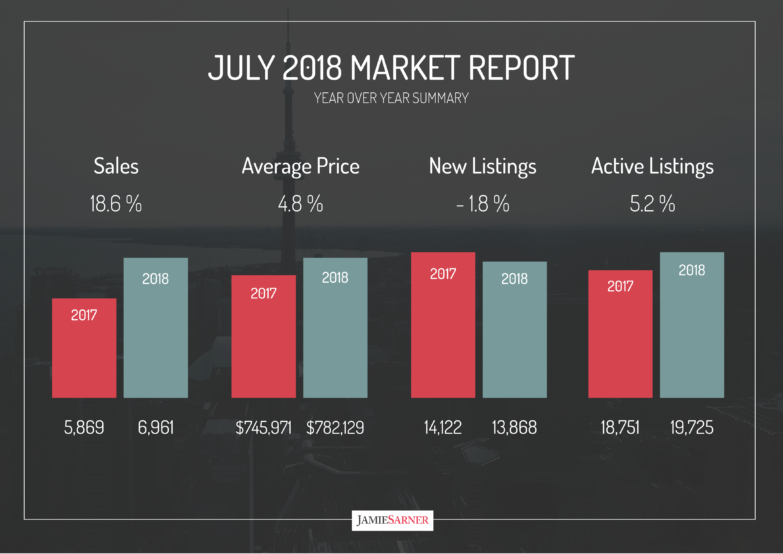 We have certainly experienced an increase in demand for ownership housing so far this summer. It appears that some people who initially moved to the sidelines due to the psychological impact of the Fair Housing Plan and changes to mortgage lending guidelines have re-entered the market. Home buyers in the GTA recognize that ownership housing is a quality long-term investment.