Burger’s Priest, which opened just over a month ago, is easily the ‘it’ restaurant of the moment. It’s hot, it’s popular, it’s cool, and most of all, it’s a totally gluttonous experience — and I mean that in the best way possible. 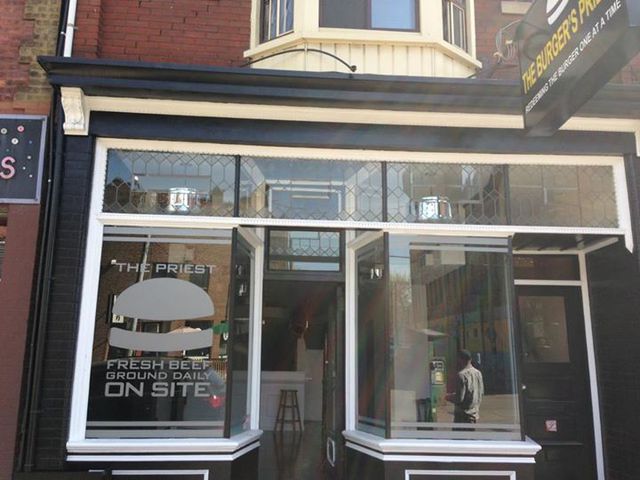 Burger’s Priest is a carnivore’s dream: they ground their own meat on site, cook it before your eyes on a flat-top griddle, and, as they say, “redeem the burger one at a time.” The fast food burger craze has gone on too long: limp buns, thin, tasteless patties, and scores of artificial additives have turned what was once a classic American dish into something bland and commonplace.

Burger’s Priest is successfully changing this. Put simply, their burgers are great — so great that they’re worth the drive to Leslieville, where Burger’s Priest is located, at 1636 Queen St. East. To be honest, the location feels like the middle of nowhere, but it’s worth it for these delicious burgers. I went with my brother and girlfriend and tried a variety of their indulgent offerings. They have all the standards: burgers, cheeseburgers, and amazing double cheeseburgers. My girlfriend and I even ended up splitting a second one after the first was so good. They also have your sides covered, although to less success. The fries were good, but the chili cheese fries were bland. They also offered a fried mushroom stuffed with cheese, which was just too over-the-top gross for my liking, but their chocolate chip cookie offered redemption with its soft, chewy deliciousness. 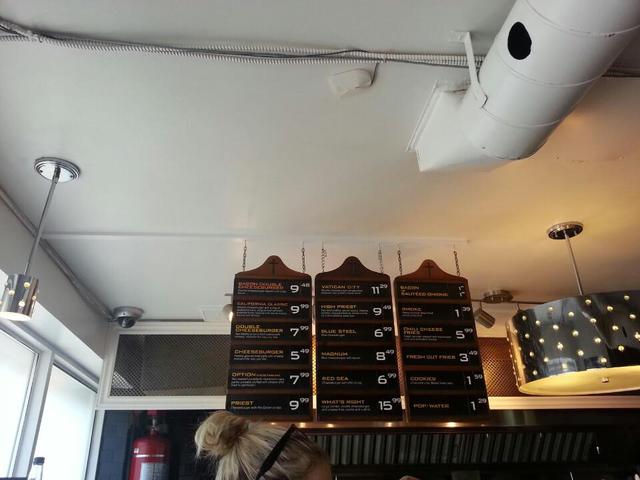 The quick and easy eatery hearkens to a classic burger joint: just as their burgers are basic and retro, so is the decor. There are a few stools, some hipster guys behind the counter, and a couple pictures of old-school American burger diners. The venue is small, clean, and simple — and that’s where it begins and ends. It’s essentially a really tasty take-out joint. 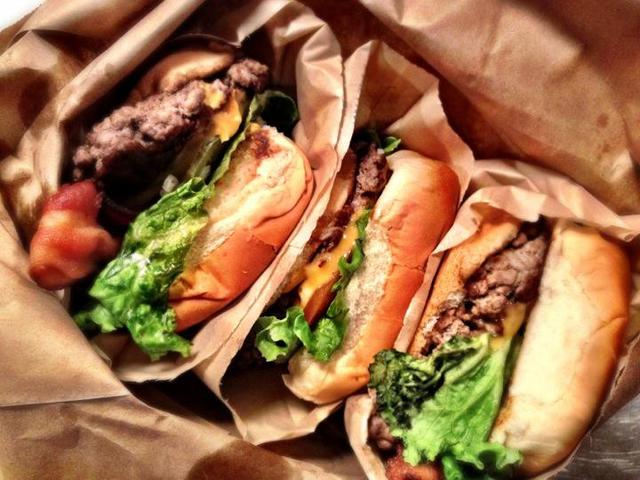 Now, even though the burgers were excellent, there were a few downsides to the restaurant. The long line, in combination with the lack of seating space, meant that many ate outside in the cold. The eatery only accepted cash payment, and the amount of grease we could see as they cooked our burgers on the flat-top griddle was a little distressing. Despite this, though, Burger’s Priest is a place I truly recommend. They make a magnificent double cheese burger that lives up to the hype — and considering how much of it there is, that’s a fine achievement.

One thought on “Burger’s Priest”

There’s a secret menu you didn’t even try! Do so next time!