Sugo is an Italian restaurant in Bloordale village in downtown Toronto, at the corner of Bloor and Landsdowne Streets. The name Sugo refers to the Italian word for pomodoro (tomato) sauce or red sauce, that is the basis of much of Italian cooking.

It opened up its doors back in July of 2017, courtesy of owners Conor Joerin, Scott Pennock and Alex Wallen. Co-owner Wallen says:

The response has been amazing. Busy lunches and busy dinners. We are a small 30 seat joint so it more or less always seems packed. We really wanted to capture that old west end Toronto vibe with the red sauce joints of New York and Brooklyn, with the veal parm sandwiches we grew up with as west end kids. It's simple, straightforward Italian American.

Sugo has the feel of an old-time diner, like Arnold's out of Happy Days, the popular 1970's sitcom. It also has a real family atmosphere, from the moment we get there, we were greeted like old friends.

"Hey, whats going on," inquires Wallen as we enter, "guys, come on in!"

The dark wooden floors, the tables and chairs also of dark wood, and the white walls make for a simple yet pleasing aesthetic. Boxing related framed magazine covers adorn the walls while a vintage set of boxing gloves hang over the doorway leading into the kitchen. No surprise there however, as the owners are big supporters of the local boxing community, even hiring young boxers to work in the kitchen, giving them access to a new set of useful skills.

The food menu runs the gamut from the stuffed peppers and olives to the calamari in the appetizers section for $4 to $12, to the sandwiches, pasta and salads in the $9 to $13 range, to the desserts which will set you back $6 to $7. The platters, a combination of the meat from the sandwiches with a pasta or a combo of the pasta and the salad will set you back $18 to $22. For drinks, the low end will get you some non-alcoholic sodas like Brio and the aforementioned Mexican Coke, while the alcoholic varieties like beer, wine, and cocktails, will cost you $6 to $13 per serving.

I was quite famished when I got there, so I elected to try the olives and the calamari. The olives are marinated in-house and come with just enough spice; delicious. They are $4. The calamari was $12 and was also exquisite. Wallen told me about it when I ordered it:

It's in a chickpea flour and really good. Not like the orange batter they use in a pub. It's nice and fresh.

They also have stuffed peppers, the Meatball, garlic bread, and Mozzarella sticks.

After asking about the most popular items on the menu, Walden lets us know:

People love the Spaghetti Bolognese, homemade ricotta gnocchi, and the veal parm sandwiches, but our sauce (sugo) is what you're after.

Despite his advice, the veal parmesan sandwich was on my radar from the moment I got in there, but they also offer up a platter combo where you can get pasta with the meat from one of their sandwiches (minus the bread) and save a few bucks. So, all told, my platter came to $22. You can also combine the meat and the salad, or a salad and pasta in the same way. Mouth-watering fare and you can save a few bucks.

I got the gnocchi Wallen suggested, however, with the veal parmesan. Topped with sugo and with a dollop of whipped ricotta on the gnocchi, it was outstanding. In addition to the mains, they have three salads to choose from; the Caesar, the Garden salad (arugula, romaine, tomato, onion, olive) and the Caprese (fresh house pulled mozzarella, tomato, basil). The first two cost $9 while the last one rings in at $3 more.

The word tiramisu, scrawled on the chalkboard menu above the bar, literally reached down and grabbed me by the scruff of the neck and sweetly growled... "Order me". What can I say....when that happens you obey. And boy was I not disappointed. Made with black sambuca, dark rum, Baileys, anise, ladyfingers, ricotta, eggs, and espresso, topped with cocoa powder, it was literally and figuratively a sweet ending to my meal at Sugo. It will cost you $7. They also offer up Affogato (traditional Italian ice cream with a shot of espresso) and Gelato (traditional Italian ice cream).

Since I was driving, I had a Mexican Coke, which is made with cane sugar and is a little sweeter than the Coke we are used to here in Canada. It is also pricier, at $4. However, it was a nice complement to my meal. According to Walden, they discovered the mystique of this soda while they were working to get Sugo ready to open up last summer. They were getting Mexican takeout nearby and it was sold with Mexican cola, and they thought how great it would go with their own food wares. They weren't wrong. I also had a Macchiato (an espresso with a small amount of foamed milk on top) to go with my Tiramisu, and it was flavourful, strong and expertly prepared, in the humble opinion of my taste buds.

There was also ample water on offer throughout the meal. If you are in the mood for some libation however they have a good list of beer ($6-7), wine ($9-10), digestives like grappa and limoncello ($6-7) and cocktails ($7-10) with names like the Benny Bianco (muddled lime, Martini Bianco), the Cooperstown (gin, sweet and dry vermouth, orange bitters) and the Americano Cocktail (Campari, vermouth rossi, soda).

The service was excellent, with the great familial atmosphere, our server, co-owner Walden, being very knowledgeable about the drink and menu options (no surprise there of course) and the prompt and efficient way our food and beverages were delivered to the table and taken away soon after we were finished with them.

I left feeling quite satiated and full, but not in a disgusted and bloated way but a healthful and peaceful, let's take a nap kind of way. I also felt a little remorse as I felt I was leaving family and old friends, which is how you feel with the great atmosphere at this Bloordale culinary spot. I will certainly come back soon. 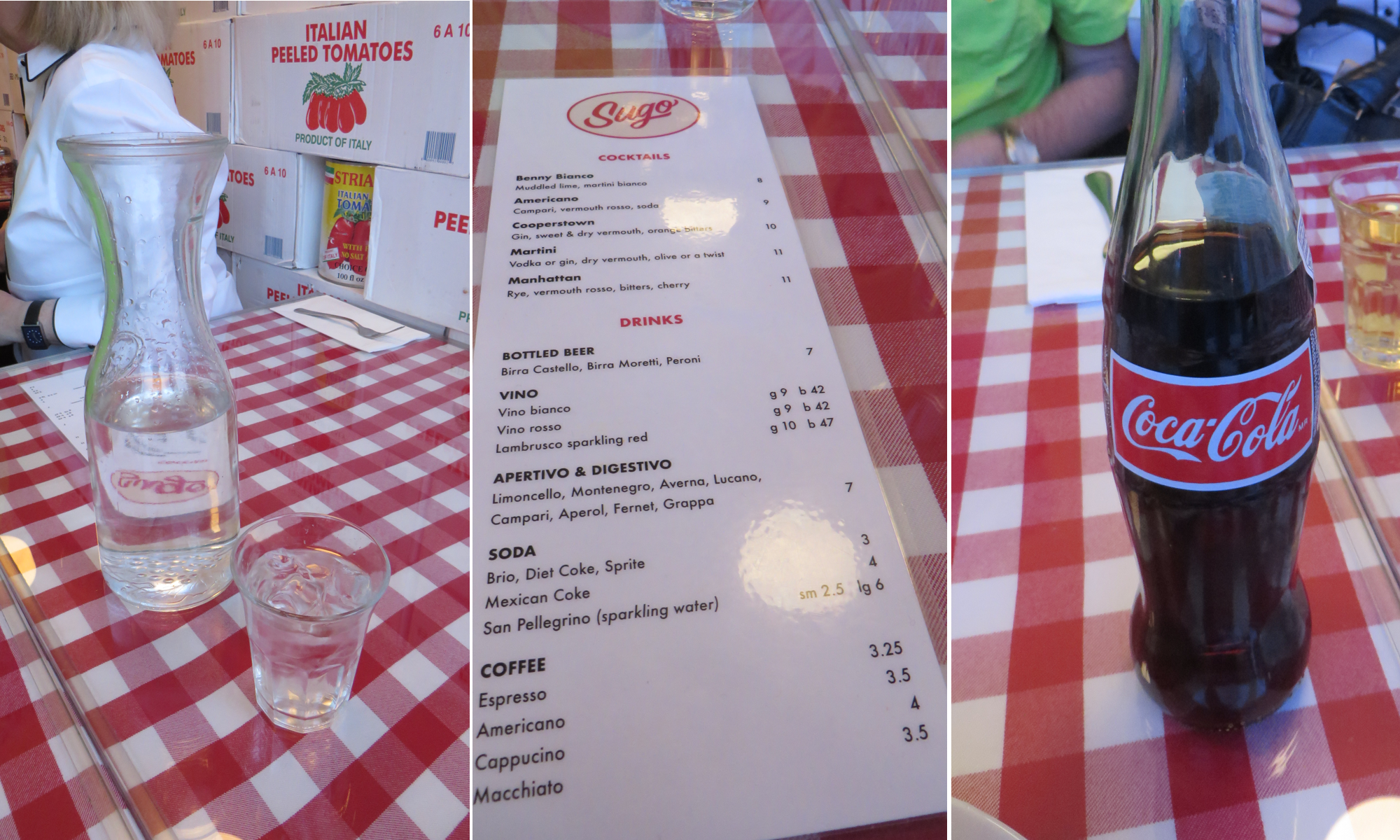 Plans for the future? As Wallen says:

Our plans are simply to become a real part of the neighbourhood. A staple.

Judging from the great food and drink, the atmosphere, and the ebullient crowd in that night I was there, they are well on their way to succeeding in that goal. Buon Appetito!